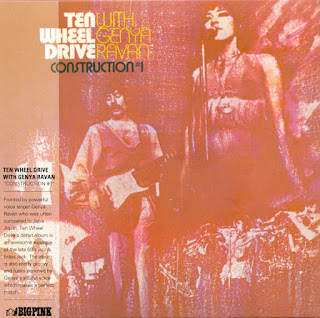 This exemplary recording by songwriters Aram Schefrin, Mike Zager, and singer Genya Ravan was highly experimental in ways that Chicago, Big Brother & the Holding Company, Traffic, and other of their contemporaries wanted to be. Imagine Ronnie Spector leaving the Ronettes to join Blood, Sweat & Tears, and realize the sweet Goldie Zelkowitz from Goldie & the Gingerbreads did just that by reinventing herself here as the great Genya Ravan. The Ravan co-write, "Tightrope," is five-minutes-and-ten-seconds of psychedelic blues-jazz-funk. This is the sound Janis Joplin would refine for her Kozmic Blues experience, and while Janis Joplin and Kozmic Blues performed at Woodstock, Ten Wheel Drive were getting such a buzz they turned Woodstock down.

History would, indeed, have been different had they played "I Am a Want Ad" at that event, but with Sid Bernstein as co-manager, and songs like "Lapidary," the band had a lot going for it. "Lapidary" is a complete about face, Traffic's "John Barleycorn" with a female vocalist. "Eye of the Needle," on the other hand, was an eight-minute-plus show stopper of horns and guitars that come in like some country's national anthem. With Ravan's amazing wail at the end, it becomes powerful stuff. Songwriter Louie Hoff got to arrange his "Candy Man Blues," which puts Ravan in a nightclub setting, the piano and flutes changing the mood dramatically. This is such an adventurous and remarkable record by such a talented crew, it is a shame they didn't record 20 or more platters.

A Polydor executive made a statement that if they couldn't break Slade, they weren't a real company. Polydor did, in fact, fail to launch that British supergroup in America, and one wonders if these recordings were made for another label, if oldies stations wouldn't be playing Ten Wheel Drive today. "Ain't Gonna Happen" is extraordinary, showcasing a band on the prowl and a singer who pounces every chance she gets with a voice that does all sorts of wild things. If "Polar Bear Rug" and "House in Central Park" were a bit too evolved for Top 40, their A&R man should have brought them a single. Ten Wheel Drive could, like Etta James, play to those who crave this wonderful fusion of jazz and blues with a rock edge. A Ten Wheel Drive reunion, bringing this music back on-stage, is something that would make the world a better place.
by Joe Viglione 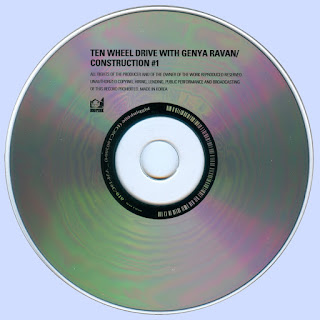 Posted by Marios at 5:24 PM No comments: