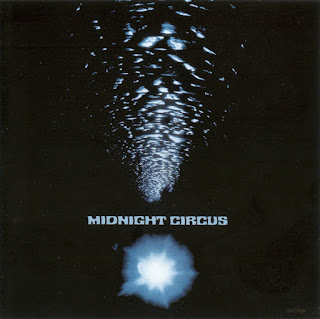 Fantastic German folk-, psych- and krautrock-album, originally released on Bellaphon/Bacillus in 1972. Midnight Circus'sole album was recorded at the famous Dierks Studio with Peter Hauke producing. Midnight Circus hailed from the surroundings of Cologne and it seems as if the idea behind Midnight Circus, a duo accompanied by session musicians, was to emulate the cosmic folk of f.i. Bröselmaschine or Witthüser & Westrupp, but with English vocals for more international appeal. It was a successful attempt, but also a touch rockier and strongly influenced by Dieter Dierks involvement in the sessions.

The atmospheric tracks, featuring mellotron and flute, also recall The Moody Blues and early King Crimson (Freeman Brothers in 'The Crack In The Cosmic Egg'). These recordings, remastered from the master tape, include two bonus tracks taken off Midnight Circus' 1971 released 7-inch 'Coloured Is Gay' b/w 'Get It' and a latter song 'Seagull' from the vaults of the band's archive. 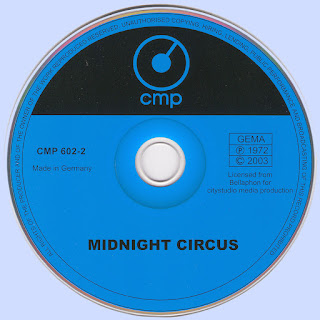