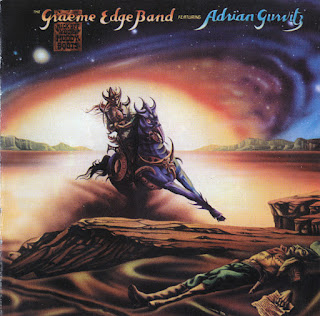 A solo album from a drummer is rarely cause to celebrate, for invariably it arrives stillborn. But Kick Off Your Muddy Boots is a solo set from Moody Blues' skin basher Graeme Edge in name only, and instead is really a showcase for the Gurvitz brothers, or more precisely singer/guitarist Adrian. Edge contributed only three songs to his set; the dreamy "Lost in Space," the introspective "Have You Ever Wondered," and dramatic "Somethin' We'd Like to Say," providing very tentative links to the Blues' own sound. The rest of the album, composed by Adrian Gurvitz, goes very much its own way.

The fabulously funky instrumental "The Tunnel" flies furthest from the mothership, while a guesting Ginger Baker edges Edge into the shadows on the Chicago blues spectacular "Gew Janna Woman," the set's apotheosis. "My Life's Not Wasted" is nearly as epic, meandering from funk to blues, soul to orchestral overkill in one fell swoop. 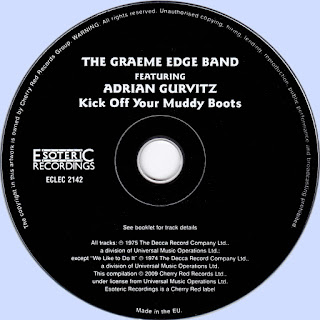