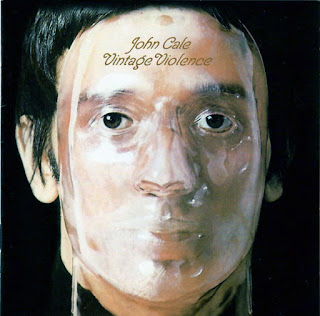 I was listening to a Paul McCartney album the other day, thinking about how when you listen to his solo work, you can then go back and hear just what his contributions were to the Beatles. More likely, you don’t even have to go back, if the Beatles albums are as ingrained into your head as they should be. We get that same opportunity with John Cale and the Velvet Underground, listening to Cale’s brilliant Vintage Violence.

Granted, John Davies Cale left the VU after finishing their second album, but you can tell they missed out on a good thing. This record, unlike the surprising cover would imply, is a perfect pop gem. You might think you’d be getting into a full LP’s worth of Sister Ray type viola droning and electric mayhem, but Cale proves he’s got mad pop song skills to match his solid, driving piano stomping.

No doubt some of these songs should have been hits. That’s what we’re here for though; I’ve got ten bucks that says a song from this album ends up in the next Wes Anderson film (editors note: fail), and if I had to pick one I’d probably go with Amsterdam, certainly a competitor to The Zombs’ The Way I Feel Inside.

If you are into Brian Eno this is going to be very essential for you. John Cale would go on to create more wonderful music and produce some seriously classic albums, so get started here.
by Brendan McGrath, March 22nd, 2007

John Cale had the strongest avant-garde credentials of anyone in the Velvet Underground, but he was also the Velvet whose solo career was the least strongly defined by his work with the band, and his first solo album, Vintage Violence, certainly bears this out. While the banshee howls of Cale's viola and the percussive stab of his keyboard parts were his signature sounds on The Velvet Underground and Nico and White Light/White Heat, Cale's first solo album, 1970's Vintage Violence, was a startlingly user-friendly piece of mature, intelligent pop whose great failing may have been being a shade too sophisticated for radio.

Cale's work with the Velvets was purposefully rough and aurally challenging, but Vintage Violence is buffed to a smooth, satin finish, with Cale and his group sounding witty on tunes like Adelaide and Cleo, pensive on Amsterdam, and lushly orchestrated on Big White Cloud. (Cale also gets a lot of production value out of his backing group, credited as Penguin but actually members of Garland Jeffreys' band, Grinder's Switch.) And anyone expecting the fevered psychosis that Cale let loose on later albums like Fear and Sabotage/Live is in for a surprise; Cale has rarely sounded this well-adjusted on record, though his lyrical voice is usually a bit too cryptic to stand up to a literal interpretation of his words.

If Cale wanted to clear out a separate and distinct path for his solo career, he certainly did that with Vintage Violence, though it turned out to be only one of many roads he would follow in the future. [The 2001 CD reissue adds two bonus tracks: a previously unreleased alternate version of Fairweather Friend, and the previously unreleased Wall.]
by Mark Deming 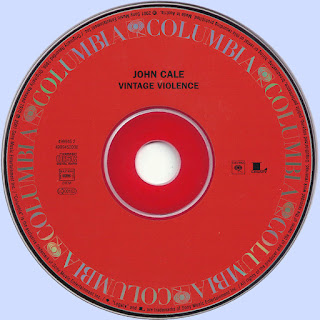 Free Text
Text Host
Posted by Marios at 7:26 AM 1 comment: