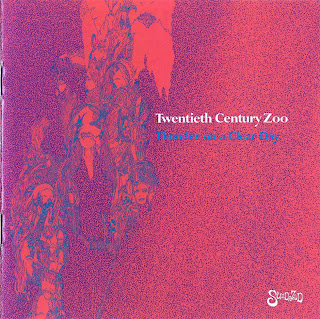 The Twentieth Century Zoo were the first psyche rock hand from Phoenix to have a national album release. The story begins in 1966 when West High School student Bob Sutko recruited Allan Chitwood and Greg Farley and formed the folk-rocking Bitter Sweets.

The band became a fixture on the valley rock ‘n' roll scene, measuring up to such local legends as the (pre-Alice Cooper) Spiders, the Caravelles, the Mile Ends, Vibratos and Phil and the Frantics. The Bitter Sweets released two local singles in 1966 and 1967, including the now sought-after Byrds clone "Cry Your Eyes Out" (Hype 102). The Bitter Sweets gained the support of Tony Evans, an influential music director of Phoenix radio giant KRIZ (1230 am).

Evans ran Routeen Music, a local publishing company, which scored a big hit on Artco - a Phoenix soul label - with the original "Funk)' Broadway" by Dyke and The Blazers. Evans soon placed the regional hit on Art Laboe's Original Sound Records in Los Angeles. This connection led to the band's third and final single - "In The Night/Another Chance" (OSR 70) - getting a similar national shot in 1967. Though "In The Night" holds up as a decent fuzz-punker today, contemporary success eluded the band. By late 1967, the Bitter Sweets decided to take a different tack, psychedelicizing into the Twentieth Century Zoo.

The mind-crunching fuzz of "You Don't Remember" could have clinched legendary status for The Zoo all by itself. Shortly after the record hit the streets in late 1967, Bennett received his greetings from Uncle Sam and the band needed a new percussionist. Future drummer Randy Wells of Sounds Incorporated remembers auditioning in Zelman's garage: "It was full of young drummers, all banging away on their sets, but as soon as I started to play, they liked me," says Wells, who honed his chops bearing the skins  in the Tempe High School marching band. Wells was firmly planted in the drummer's seat by the rime the Zoo returned to the studio to cut their next single, 1968s heavy "Love In Your Face"/ Tossin' and Turnin’ (CAZ 104).

In the fall of that year, Zelman secured an album contract with Vault Records of Los Angeles. Wells remembers spending two weeks in LAs Sound Factory Studios, cutting what was essentially the Zoo's live set at the time. The album, Thunder On A Clear Day (Vault 122), includes rerecorded versions of "You Don't Remember" and "Love In Your Face” both of which arc longer and in stereo.

The pair are included on this CD, along with two previously unreleased album tracks, "Hall Of The Mountain King" and "Enchanted Park." Wells recalls dashing with producer Gene Simmons over the percussion. "I wanted to do a Santana sounding thing with the drums. We had these Latin licks, but Gene didn't have time for it. He did pump up the drums in the mix. They sound pretty good." Simmons added keyboards to the session and many different sound effects, including a string introduction to "Blues With A Feeling" that Wells recalls he found on a tape in the studio. Vault released die LP and edited versions of "Rainbow" and "Bullfrog" as a single (Vault 948) in late 1968.

The album is now considered a West Coast hard-rock classic. "I was surprised with the album cover and my double exposure picture on the back," says Wells. "I was definitely the strongest personality in the band, because I wanted things done a certain way, and I clashed several times with Gene Simmons, but he forgave me. He knew I was a crazy drummer. For that time, (considering) the quality of the studio, they did pretty good with what we had." After the release, the band played several large concerts at the Phoenix Veterans Memorial Coliseum, opening for national acts. "We played with Iron Butterfly twice, The Byrds, Crabby Appleton and Blue Cheer," Wells remembers. "The second time we played with Iron Butterfly we used rented amps for some reason and the fuses kept blowing. It was the most horrendous night of my career. We were really ready to kick butt, and they kept blowing fuses right and left. We had to stop after a couple of songs." There was a final Vault single release in 1969, "Only Thing That's Wrong"/ "Stallion Of Fate" (Vault 961), the group's swansong release.

Following the demise of the Zoo in 1970, Wells played in local Phoenix country-rock band E.Z. Pickins, before answering to a higher calling in the mid-70's. He recently earned his Doctorate of Ministry and has his own church in California, although he still plays drums on Sunday. As Wells says: "I can still get things going with my double bass drums. I don't miss a lick. I've even got some new things, but this time it's for the Lord."
by John P. Dixon 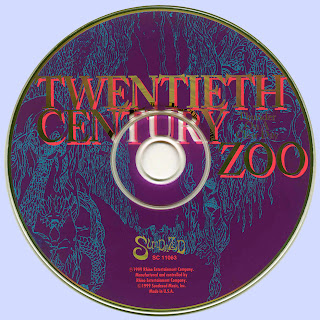 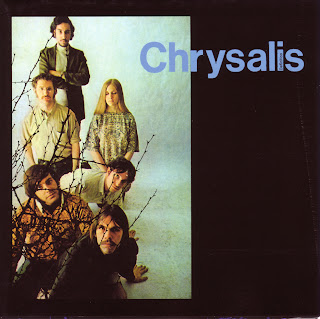 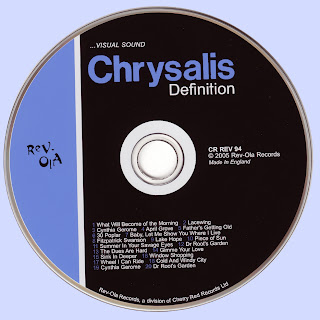