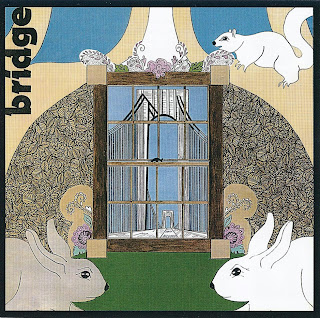 Bridge materialized in April 1971 consisting of three accomplished musicians: Francis and John Webster and Tony Lecaillon. The Webster brothers have been performing together since 1964 when they started a group called "The Marcatos". In 1967 they moved to Toronto where they joined forces with Tony and reorganized "The Marcatos" into a seven-piece group. In 1969 the group recorded an album at Sound Canada.

The album, entitled David, contained nine original tunes and two commercial tunes, (Hey Jude and House of the Rising Sun), and was played frequently on CHUM FM and other stations. The following Spring Francis and John moved to their farm in the Georgian Bay area where they began cultivating original material and sounds, playing in local churches and nightclubs with great success.

Meanwhile, Tony travelled around England (his native land), and Europe, to open his ears and eyes to the scene there. Francis, John and Tony rejoined last year to produce a unique combination of country, folk, jazz and rock, with original lyrics and music. Bridge answer the question, for anyone who wishes to know, what happened to the Canadian band David after their lone record on Sound Canada in the late 60s.

Guitarist Francis Webster, bassist John Webster, and drummer Tony Lecaillon from David make up Bridge who recorded this ultra obscure and rare record at the same Sound Canada studios in 1971. Next to each song is a brief description of the musical genre of each ranging from "Ego Trip" to "Country" to "jazz shuffle."

What this album is differs drastically from what you'd expect from David.The best way to describe Bridge's album would be "Sweetheart Of The Rodeo" on tons of acid! There is no fuzz guitar, but a clean west coast shimmering tone on all tracks, bizarre vocal effects on ; the tripped out "It's My Life" and plenty of weirdness present for the whole album.

The tracks that are labelled "Country" all have a strange bent to them . despite being early back-to-the-  roots country rock influenced by Graham Parsons and "real" country artists like Hank Williams. The long "Ego Trip" version of Little Richard's "You're My Girl" is great fun and the only good version I've heard of one of his songs.

There is something here very enjoyable for anyone looking for a bizarre i twisted record of fun music, especially "Brand New Day" with echoes of Spirit and a bit of Freeborne. Very rare and a good one.
by Ben Blake Mitchner 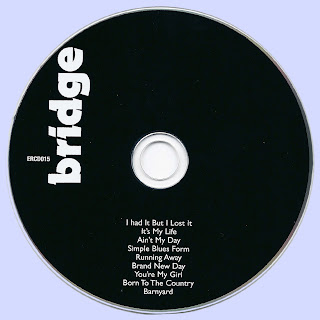