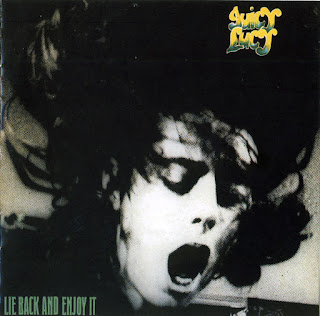 The second Juicy Lucy album was released a mere 10 months after their debut, a feat all the more remarkable when one considers that half the band who had recorded the first album had departed and been replaced. Guitarist Glenn Ross Campbell, bassist Keith Ellis and saxophonist/keyboard player Chris Mercer were joined by former Zoot Money/Aynsley Dunbar vocalist Paul Williams, drummer Rod Coombes and a young slide guitarist named Michael 'Micky' Moody, who despite only being 20 years of age had already release two albums with his previous band, Tramline.

However, it was the recruitment of Williams that had the biggest impact on the group with the new vocalist contributing to the writing of five of the album's eight songs, three of which were solo efforts, the first of which, Thinking Of My Life opens the album. A strong beginning, the combination of Campbell and Moody is quite electrifying and Williams' Cocker-like vocals emphasise the bluesier direction the band were heading in, confirmed by the very sympathetic cover of Willie Dixon's Built For Comfort.

Pretty Woman, another Williams solo composition, was the single released from the album and features an interesting mixture of Campbell's lap steel guitar and Moody's bottleneck guitar. The single's b-side, I'm A Thief has been added to the CD as a bonus track and it's quite a corker! Simple piano riff, scorching sax and lots of female backing vocals make it a great addition.

Back at the album proper, Whisky In My Jar (not the song covered by Thin Lizzy!) is a pleasant enough song enhanced by a great acoustic guitar solo by Moody but it is the cover of Delaney Bramlett's Hello LA, Goodbye Birmingham that takes things to a new level. Even though the title undoubtedly refers to Birmingham, Alabama, one can't help thinking the band had Birmingham, England on their mind as they recorded the song! Again, Moody's guitar playing is a highlight of the song. Changed My Mind, a hangover from the first incarnation of the band, should perhaps have replaced I'm A Thief as the non-album b-side, being a country-ish throwaway that pales in comparison with the rest of the album.

A deeper and more 'traditional' blues is found on That Woman's Got Something, with the two guitarists employing a variety of instruments and Coombes adding a mixture of percussion effects. However, it is the next number that has, over the years, really divided people in relation to this album - a version of Zappa's Willie The Pimp. Personally I think it is better than the original, from Williams' Beefheart-like vocals to Moody's searing solos and Mercer's faultless sax it is a wonderful interpretation, particularly the coda following a brief drum interlude. The Williams penned title track Lie Back And Enjoy It, a brief piano instrumental calms things down bringing the album to completion.

Lie Back And Enjoy It is another good reissue from the Esoteric label from an era when anything went and artists were free to express themselves in any way they wanted and even occasionally came up with a hit single. Fine performances though!
by Mark Hughes 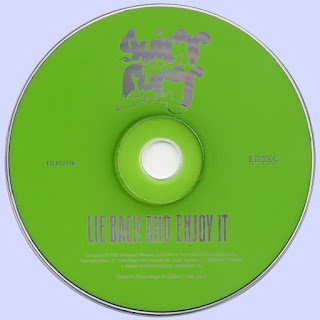 Free Text
Text Host
Posted by Marios at 5:36 AM 5 comments: