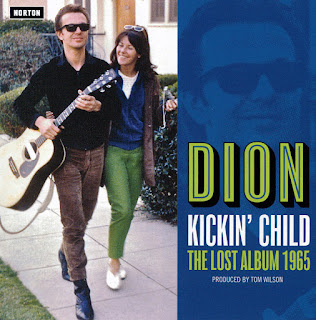 Throughout 1965, Dion and his band, The Wanderers, augmented by keyboardist Al Kooper went into the studio with producer Tom Wilson to cut songs that were to make up Dion’s first true album.

Columbia Records, however, wouldn’t release the record, perhaps because it was folk-rock, not the mainstream pop that the label wanted Dion to record or maybe because they decided there weren’t any hits on the disc.

And it is superb, a fresh album that simultaneously sounds of its time, easily connecting to Bob Dylan’s “Bringing It All Back Home” and Simon & Garfunkel’s “The Sound of Silence” -- both of which Wilson produced. And Kooper’s organ licks on "Now" and "Time in My Heart for You," echoes his work with Dylan.

The opening title cut is Dylanesque, a swinging number filled with word play and Dion’s vocals heading toward Dylan as well. It’s one of 10 originals on the record that also includes three Dylan covers, including a shimmering version of “It’s All Over Now, Baby Blue” with Dion applying his soulful singing to the now classic number.

Listening to “Kickin’ Child,” it’s baffling why Columbia didn’t release it -- and intriguing to ponder what would have happened if Dion had caught the folk-rock wave.

In any case, “Kickin’ Child” is, as Scott Kempner points out in his liner notes, the connection between Dion’s early hits “The Wanderer” and “Ruby Baby” and “Abraham, Martin & John” from 1968. More than that it is a fabulous album that is among the best things Dion ever has done -- thankfully, no longer lost.
by Kent Wolgamott 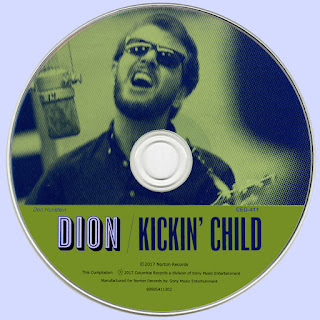