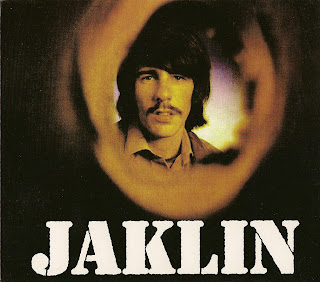 Variety within the somewhat strict framework of the btues format is something fate and elusive, and although musicians aspire to it and audiences long for it, failure and disappointment are usually their respective regards. Yet unlike so many other musical forms, Variety Mithin btues does not necessarily mean an excess of complexity, sophistication, poetry or melody: it is the continuity of blues and genuine personal feelings that constitutes the prime essential for without it everything doiVn to the most basic twelve bar becomes inherently meaningless.

This first album by Jaklin demonstrates hour a young composer and singer with an ingrained feeling for contemporary btues manages to produce songs which are both emotionally evokative yet simple enough to be tremendously vehicular - just take a listen to the leaving and pounding, the blending and harmony of the instrumentation on most of the tracks on this LP.

Particularly interesting is the rolling arrangement on "Song To Katherine", a piece with a strong New Orleans atmosphere, or as a contrast the tinkling piano on the mellow "I Can't Go On". As a performer Jaklin sets a high standard of variety - this set kicks off with "Rosie", a raunchy adaptation of an African tribal number that Nina Simone once recorded as "Be My Husband", while in absolute contrast an acoustic guitar opens "Look For Me Baby", a folk-based blues.

"Early In The Morning" had Jaklin demonstrating a blues shouting technique that merges subtly into the jazz vocal field, and many of the instrumental passages on the LP consist of basic improvisations. In a lighter mood, "Going Home" could easily be a John Lee Hooker song and arrangement from the late fifties or early sixties utith the inspirational influences of rock'n'roll rhythms stamped out all over it.

Jaklin's Vocals are consistent throughout - the voice itself is a typical piece of British blues workmanship, urith the influence of Alexis Korner coming through strongly certainly Korner's "The Same For You" could Well be a track from an Alexis LP.

Both sides are rounded off iVith tuVetVe bar numbers ana* "Catfish Blues" which ends the set is undoubtedly one of the most powerfully uncompromising ethnic blues cuts on a British LP today. At 24, Jaklin has been living and playing the blues for many years. This LP marks an important phase not only in his career but in the British blues movement in general.
by Norman Jopling, 1969 (Liner notes from the original album) 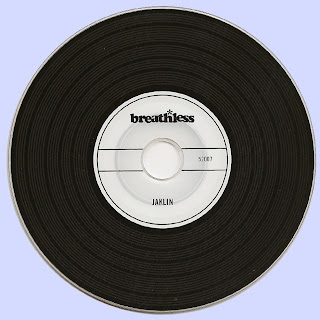 Free Text
Text Host
Posted by Marios at 4:58 AM 5 comments: