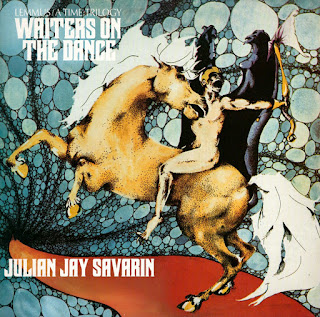 British keyboardist and songwriter Julian Jay Savarin was the guiding force behind Julian's Treatment, who put out one of the better obscure early progressive rock albums, the science fiction concept-driven A Time Before This. Even prog rock fans who are familiar with that album, however, are likely unaware that Savarin put out a fairly similar subsequent record as a solo artist, Waiters on the Dance. This too is motored by Savarin's fine powerful, haunting organ, as well as strident yet appealing female vocals. The woman singer (Cathy Pruden) from A Time Before This being unavailable this time around, those vocals are handled here by Jo Meek (no relation to the famous '60s British rock producer Joe Meek!), who'd formerly been in the band Catapilla.
Waiters on the Dance seems to be a science fiction concept album of sorts, albeit one whose precise storyline isn't obvious, other than conveying a general mood of a dramatic epic. While some of the songs are on the long side (the two-part "Child of the Night" and "Dance of the Golden Flamingoes" both last nearly nine minutes), the whole album wraps up in a little more than half an hour.
by Richie Unterberger 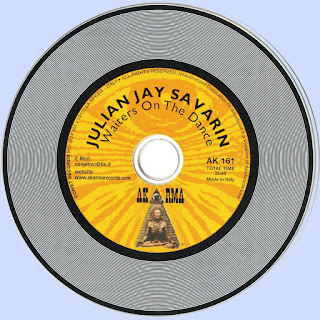