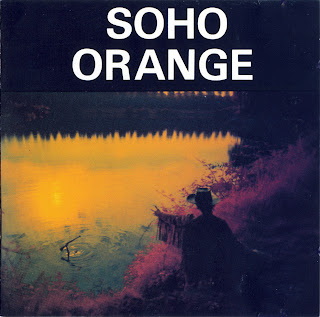 The music you're about to hear is rough, fresh and sometimes strange. The power of the Picts once more . Soho Orange (Glasgow natives) did the tracks you hear on this record in 1971.The mists of time cover the knowledge about the guys who called themselves Soho Orange.

Jim told us, their earlier name was Ad Lib Nevertheless, here they are-and be careful: This music might kill your amplifier ! A short, psychedelic intro - then the instruments explode into ‘King Of The Road’, an interesting song with changing speed. Hard guitar and merciless drumfire torture your ears, the tormenting cymbals shake your mind. This song gives you everything - except mercy!! Wonder how many drumheads were knocked to pieces in one session.

Hard, driving sound and unique vocal-duos, that's what 'Mississippi Tales' has to offer. The song changes into ‘The Wish – Tears’ some kind of anti-war-song. • Hare and more grows a haunting feeling. Ghostly, desperate vocals grip your mind. The drums join to get to a harder end. ‘Freedom Callin’ is another anti-war-song which contains unique, crazy vocal - duos. The song has a slower start but then gets into a faster guitar-solo. A little solo by the drums and some kind of Coke-bottle give the prelude to the ecstatic end.

If you're using headphones, take care of your tympanums or you might perhaps neither hear ‘Freedom Callin’ nor something else anymore. Softer guitars and gentle vocals start ‘Dream Queen’ and the song flows psychedelic for a while. When the singer has found his Queen, guitars, bass and drums make  hard attack. ‘Nightmare’ is a very hard track which rocks the membranes out of your loud - speakers (no compensation !!!).Good vocals and maximum power. This is a massacre for your ears and maybe for the rest of your body, too, if your neighbor is able to find his axe or chainsaw ;there*s a guitar-solo in the middle of the song which remembers me to Chopin's "Deadmarch" - so watch your sound – intensity, it may be an Omen !  Now we're getting near the end (a hard one of course).

The last track  is called ‘Seven Faces’ (I've had my visions before).Maybe the most changing and strangest song contained herein. Also the first song of this .group which Jim played to us. A song worth to awake your  interest. Vocals, underlined with effective echoes conclude the  song and the album, too. I 've been listening to Soho Orange nearly for 20 times and I loved it more and more with every hearing. 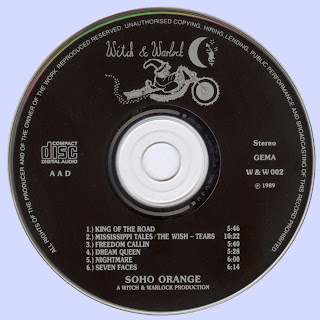 The Magicians - An Invitation to Cry...The Best of the Magicians (1965-67 us, fabulous jangly folk-rock to grunge roots 'n' roll raves, Sundazed issue) 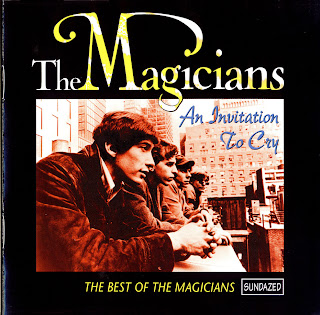 Both sides of their four 1965-1967 singles on Columbia, plus five previously unissued tracks from the same period. The possibility of an album's worth of Magicians' material has long intrigued collectors of '60s music, most of whom are only familiar with their "An Invitation to Cry" single from Nuggets.

At times it's Lovin' Spoonful-like folk-rock (they cover two songs from the debut album by minor Greenwich Village folk-rocker David Blue); sometimes it's Young Rascals-ish soul-rock, with a poppier bent; sometimes it's journeyman blues-rock (covers of "Back Door Man" and "Who Do You Love"); sometimes it's fair period 1966 pop/rock.

The Gordon-Bonner songwriting collaboration had not yet been cemented; in fact, there are only two Gordon-Bonner compositions here, although on some of the other tracks, one or the other wrote with other partners. In retrospect, it's unfortunate that the Magicians didn't hold together longer, until the Gordon-Bonner team had matured, but fate plays its own cards.
by Richie Unterberger 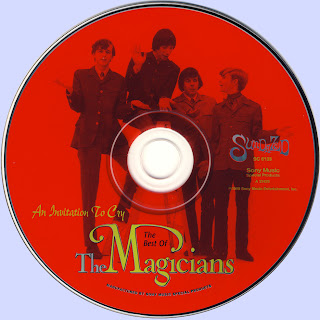 Free Text
Just Paste
Posted by Marios at 5:04 AM 3 comments: