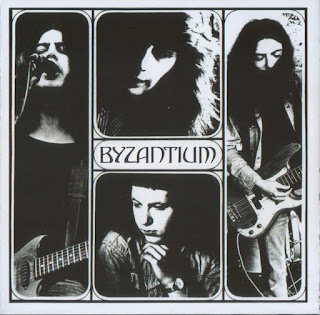 Byzantium released a trio of albums across 1972-1973, and the double Live and Studio was the group's last. Fans considered it their best set, but as it was self-released, few were actually in a position to know. Now all that has changed. Unusually, the quartet's influences rarely came from their compatriots (although the indomitable Beatles tinge a bit of their sound); instead, the band looked mostly to the U.S. for inspiration. Across four sides of vinyl and 12 songs, Byzantium explored the vagaries of contemporary American rock, from the rich harmonies of the Byrds through the spacier sounds of the West Coast.

The guitarists are the band's fulcrum, giving free rein to rocking riffs and fiery leads as well as moodier 12-string passages, with songs sliding from atmospheric musing to rip-roaring boogying that leans toward the likes of Creedence Clearwater Revival. Thoroughly eclectic, the set merrily bounds from pop-flecked numbers to soaring majestic tracks, from downbeat ballads to country-twanged rockers. Contrary to the album's title, however, none of the songs were recorded live in the modern sense of on-stage, but were instead captured live in the studio, which certainly gives the entire set a sense of immediacy that could otherwise be lacking. Incidentally, the album also boasts a surprising punk connection via future Blockhead Chas Jankel, whose presence on lead guitar, piano, and vocals boosts the set to even greater heights. A quite spectacular finale that deserved a much greater audience, and now finally has the chance to find one.
by Jo-Ann Greene 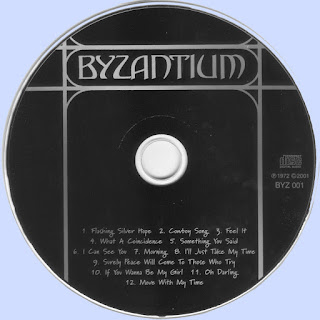