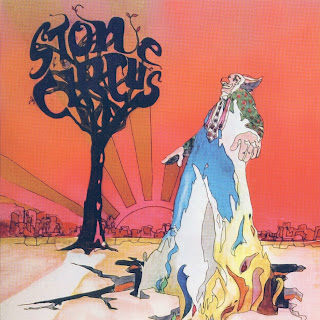 Whether it was more a blessing or a curse to be signed to Bob Shad’s Chicago-based Mainstream Records in the late 1960s is a matter for debate. Though the label issued numerous underground albums that are unlikely to have seen the light of day otherwise (including minor classics by the Bohemian Vendetta, the Art Of Lovin’, the Growing Concern, Ellie Pop, the Jelly Bean Bandits, the Orient Express and others), it had little in the way of national distribution or radio support, and was at best a way-station for the more talented artists on its roster, such as Big Brother & the Holding Company and Ted Nugent’s Amboy Dukes. A classic victim of its approach was Stone Circus.

The band’s leader and chief songwriter was Jonathan Caine (real name Larry Cohen). Born in Montreal in 1948, by the age of 14 he was a guest soloist with the Montreal Symphony Orchestra, and upon graduation from the Quebec Conservatory in 1968, he gravitated towards America’s East Coast. There he hooked up with fellow Montreal natives Ronnie Paige, David Keeler and Mike Burns, as well as guitarist Sonny Haines (a New Yorker who had played with Joey Dee and the Starlighters before recording a few 45s with Canadian act the Footprints).

The band based themselves in New York, named themselves the Funky Farm and were soon offered the chance to record an album by Shad. The result was a superb blend of melodic psych-pop and experimental acid rock, spanning mellow, catchy pop (What Went Wrong? and Sara Wells), harder-edged rock (Mr. Grey and Inside-Out Man) and out-and-out weirdness (the long closing track, People I One Knew, which opens and closes with unsettling spoken word sections), and bore similarity to contemporary acts such as the Strawberry Alarm Clock and the Blues Magoos.

When the LP was released, however, the band was astonished to find their name changed to Stone Circus – and when it failed to sell, they split. Cohen went on to collaborate with Footprints singer Yank Barry on an odd, lavishly packaged double LP entitled Diary Of Mr. Gray (boasting a very close cover of Stone Circus’s Mr. Gray) in the early 70s, before embarking on a career composing music for B-movies. The other members of Stone Circus remain in obscurity, though one hopes they’re aware of the standing their music has belatedly acquired amongst connoisseurs of psychedelia. 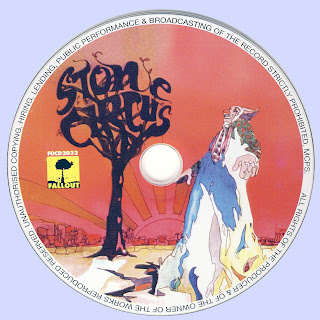 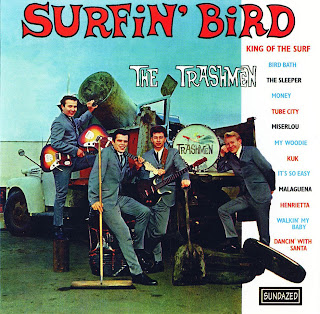 Hailing from the wintry heartland of Minneapolis, the Trashmen achieved cult immortality with a passel of landlocked surf anthems and reckless garage-rock gems, best exemplified by their immortal anthem "Surfin' Bird," two and a half minutes of inspired, unhinged mayhem that's never been equaled. But "Surfin' Bird" is just the tip of the iceberg of the 1964 album that bears the song's name.

The only LP that the band released during their original lifespan, Surfin' Bird demonstrates that the Trashmen were no novelty act or one-hit wonder, but a brilliant, original outfit who filtered their R’n’B and surf influences through their own cheerfully demented sensibility to make some of their era's most reckless, uninhibited rock 'n' roll. In addition to the iconic "Surfin' Bird," the album features the surf-and-drag killers "King of the Surf," "My Woodie" and "Tube City," along with the "Bird"-themed sequels "Bird Bath" and "Bird Dance Beat." Elsewhere on the album, the Trashmen's surf-rock skills animate the instrumental standards "Misirlou," "Malagueña" and "Kuk," and the band delivers storming readings of Buddy Holly's "It's So Easy" and Barrett Strong's "Money (That's What I Want)."

Anyone who's ever been severely jolted by Trashmen anthems knows the unparalleled joy of flailing about helplessly to Tony Andreason's blistering guitar and the manic, rumbling vocals of drummer Steve Wahrer. If only Trashmen records had been loaded into that outward-bound rocket ship years ago, the galaxy would be a much safer place today!
Sundazed 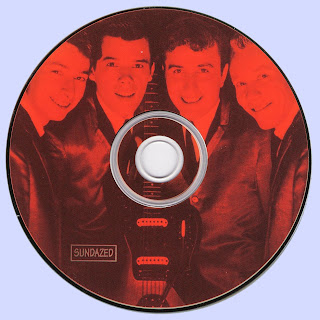 Free Text
Text Host
Posted by Marios at 8:30 AM 4 comments: