The Fraternal Order Of The All - Greetings From Planet Love (1967-68 us, fabulous orchestrated psychedelia with folk drops and experimental mood) 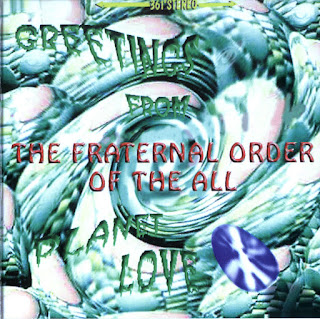 The Fraternal Order of the All is guitarist Andrew Gold in a home studio overdubbing mode, making the record he always wanted to make back in 1967 and 1968. To call this album retro-flavored would be putting it mildly, as Gold's tongue is firmly planted in his cheek all throughout the record and attendant booklet, right down to the fake names for all the musicians. With the exception of guest turns from Jimmy Caprio, Jimmy Herter and Graham Gouldman (who also produced one track and like Caprio and Herter, wrote one other), this is pretty much Andrew's ballgame here, with him playing and singing all the parts.

The British rock, Beatles-styled psychedelic sounds truly abound on this disc, in the production values, instrumental work, and songwriting style. Highlights include "Tuba Rye and Will's Son/Balloon in the Sky" (with its Beach Boys-like vocal intro), "Rainbow People," "Freelove Baby," the three instrumentals that help the mood along ("Swirl," "Twirl," and "Whirl" and don't forget the "Groovy Party at Jimmy's Magic Pad"), and the trippy title track.

Gold successfully nails all the sounds and cosmic junk that came with these kind of albums back during those heady times, and if the music wasn't so darn good on here, you'd declare this record just a nostalgic joke that works, but it is so much more than merely that; it's a tucked-away little gem that deserves a much wider audience.
by Cub Koda 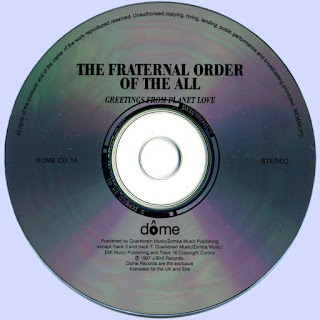 Free Text
the Free Text
Posted by Marios at 4:47 AM 7 comments: