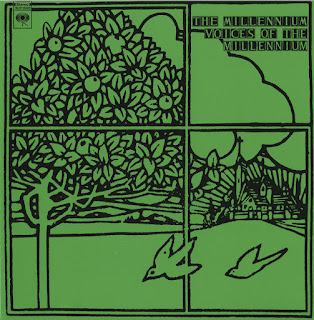 The Voices Of Millennium are actually telling us about how some of the band members were spending their time after The Millennium break-up (if there ever was one) towards the end of the decade. Though it might not be as adventurous as it was while they were only just “begin-ining”, these sessions show that they were still spending some quality time together.

Some of the tracks, with an almost baroque country feel, with the kind of a Wilson-ian touch too, like I Still Can See Your Face and Will You Ever See Me, as well as the chamber-psych The Blue Marble, later surfaced on Gary Usher’s sophomore Sagittarius release of the same title, while another easy country piece, Share With Me, graced the sunny side of Curt Boettcher’s Together single.

Along with the Spector-ized opener Come To Me Baby, the ones contributing to the more cheery side of the album, are mostly the songs coming from the pen of Sandy Salisbury, with or without a collaborator.

His Measure Of A Man is another piece of more innocent sounding country, as if done by Herman’s Hermits, Navajo Girl adds a bit of a bubblegummy flavour too, with an additional eastern touch through the sitar solo, while the yummy sounding Gouldman-like Together In The End and Little Lost & Found continue to blow the same bubbles, and Midnight Sun is a piece of popsike Monkee-business.

Hear the Voices Of The Millennium and let yourself be taken back to the “sonic past” … once again!
by Garwood Pickjon 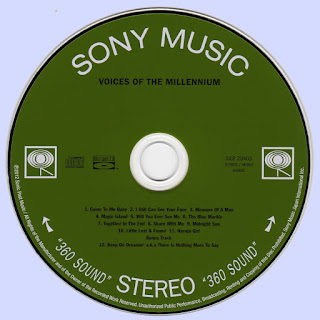