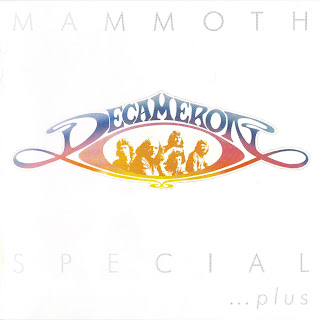 Released in 1974, Mammoth Special was Decameron’s follow up to Say Hello to the Band and saw the four-piece add another member, while pursuing a more progressive sound.

The title track sets the tone for this evolution, providing for a beefier, more dynamic outing than before, although the harmonising prevalent on the first album, reminiscent of American artists such as CSN and The Byrds, remains largely intact and even allows for an (almost) a cappella cover of Buffalo Springfield’s ‘Rock and Roll Woman’.

The baroque-tinged ‘Jan’ is a fine folky throwback, which, along with melodically haunting ‘The Stonehouse’ and the previously mentioned title track, is an album highlight. The infectiously quirky bonus track ‘Twinset and Pearls’ rounds Mammoth Special off nicely.
Head-Full-Of-Snow 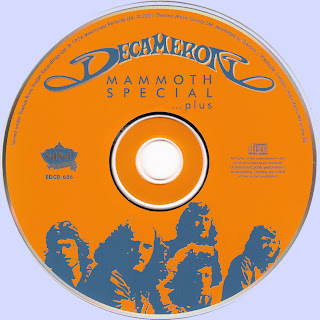 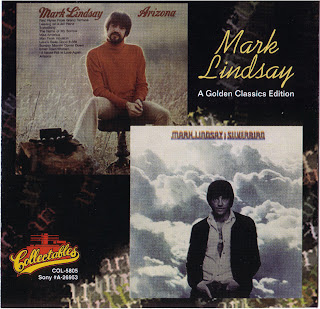 Mark Lindsay was a solo star at the same time he was in one of America's most successful rock 'n' roll bands. Lindsay managed his doubledipping on the charts as a member of Paul Revere And The Raiders. He sang lead and played saxophone on many of their 20-plus hits while also reeling off a string of his own chart records, including a Top 10 smash and three best-selling albums.

Paul Revere And The Raiders first played together in 1959 in Caldwell, Idaho, originally billing themselves as The Downbeats and specializing in rock 'n' roll instrumental. By 1960, they had their better-known name, although the emphasis was still on songs without words. They debuted on the tiny Gardena label, out of Southern California, with "Beatnick Sticks". It didn't hit, but their next single, "Like Long Hair" (Gardena 116), a snappy number based on Rachmaninoff's "Prelude In C-Sharp Minor", did better, moving into Billboard's Top 40 in the spring of 1961.

Despite cutting a now-rare album for Gardena, The Raiders were unable to build on their initial success. Things were made more difficult when Revere was drafted in the middle of '61 and the band decided to disband. By 1963, Revere and Lindsay were back together, again working as Paul Revere And The Raiders, and based in Portland, Oregon. The group cut a few singles for Seattle's Jerden label, but they failed to attract much attention on the part of radio programmers.

They did attract attention, however, from the talent scouts at Columbia Records and were signed to the label in 1963, debuting with a version of the muchrecorded "Louie, Louie" (Columbia 42814) that lost out to the million-selling take by The Kingsmen. They also didn't do well with a follow-up: "Louie - Go Home" (Columbia 43008), which came out in the summer of '64. After two more unsuccessful singles, the band finally got another national hit with "Steppin' Out" (Columbia 43375), a minor success in the late summer of 1965.

Already known for an energetic live show, the band suddenly became regular visitors to the Billbard singles and album charts with hits like "Kicks" (Columbia 43556), "Hungry" (Columbia 43678) and "Good Thing" (Columbia 43907), all featuring Lindsay's powerful vocals. They also benefited when Dick Clark, host of "American Bandstand", tapped The Raiders as regulars on his new TV program, "Where The Action Is", which debuted on ABC in June 1965. By 1969, Paul Revere And The Raiders were one of the country's most popular bands. If their record sales had cooled a bit, they still managed to hit the charts with regularity and were still hugely popular on the tour circuit.

Perhaps feeling restless, Lindsay began cutting solo records, although he remained in the band. He began working with Jerry Fuller, who had written hits for Ricky Nelson and produced huge records for Gary Puckett And The Union Gap and O.C. Smith. Lindsay debuted as a solo singer with "First Hymn From Grand Terrace" (Columbia 44875), a dramatic Jimmy Webb ballad that had been featured in the epic "Hymm From Grand Terrace" on Richard Harris' 'The Yard Went On Forever" album. It was a minor hit in the summer of 1969.

Lindsay would do better in early 70 with "Arizona" (Columbia 45037). Originally done in 1969 by the English group Family Dogg, as a follow-up to their chart record "Way Of Life", the emotional ballad was perfect for the Lindsay voice and delivery. It peaked in the Top 10 and spawned the "Arizona" album, which was on the charts for almost six months. It included Lindsay's first two hits along with "Miss America" (Columbia 45125), which was a Top 50 record in the spring of 1970.

In 1975 Lindsay left The Raiders to spend all his time on solo projects. He then rejoined a year later, in time to capitalize on the bicentennial celebrations that were interested in having the band perform in the colorful Revolutionary War uniforms they usually sported.

After the celebrations were over, Lindsay once again left the group, working as a producer for a while and singing on numerous commercials. Revere continued on the road, playing oldies shows with a revolving group of Raiders that is still a draw.

There are numerous Paul Revere And The Raiders collections on the market, but it's been a lot harder to find anything by the solo Lindsay. This package, drawing from his singles and that trio of Columbia albums, will rectify that situation. While he was a fine rock 'n' roll singer with The Raiders, Lindsay also demonstrated his way with more subdued and orchestrated material as a solo act. He was great at both, as this collection proves.
by Mark Marymont 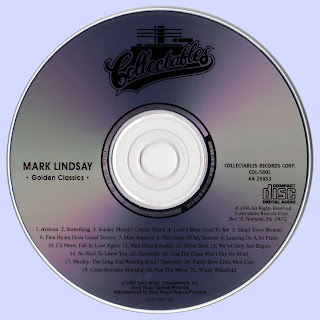 Free Text
Just Paste
Posted by Marios at 3:24 AM 4 comments: