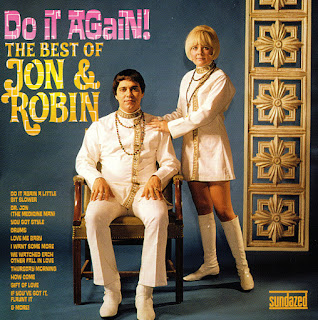 The male-female duo Jon & Robin are thought of as a one-hit wonder for their playful 1967 Top 20 hit "Do It Again a Little Bit Slower." Actually, however, they recorded quite a bit in the mid-to-late '60s, with an engaging if somewhat lightweight style craftily mixing AM radio mid-'60s pop/rock with a little psychedelia and Southern soul. "Do It Again a Little Bit Slower" was certainly the best of their discs, with its likable male-female vocal tradeoffs, a "Cool Jerk"-like soul piano riff at strategic points, and an effective fadeout that languorously stretched out the suggestive title phrase. But their two LPs and a bunch of 1965-1969 singles included some enjoyable material as well, devised with help from some fine songwriters and some of the best production and backup musician talent in their Dallas base.
The male half of the duo, Jon Abdnor, had recorded some solo singles for his millionaire father's Abnak label before hooking up with teenage singer Javonne Braga, who was billed as "Robin" on the records the pair made together. Their one national hit, "Do It Again a Little Bit Slower" came from the pen of Wayne Carson Thompson, most famous for writing the Boxtops' "The Letter." The duo also recorded several other Thompson compositions, including the fairly gritty soul-popper "Dr. Jon (The Medicine Man)," which was a big hit in Texas, although it didn't break nationally.
Jon & Robin themselves wrote little original material, although they did benefit from production by ex-rockabilly star Dale Hawkins and Mike Rabon of the Five Americans, a fellow Abnak act. Indeed, several of the Five Americans played on some Jon & Robin sessions, and another Abnak artist, soul singer Bobby Patterson, also helped out with some of their recordings. By the end of the 1960s, however, Jon & Robin had split, though Jon Abdnor did put out a 1969 solo LP, Intro to Change, billed to John Howard Abdnor & the Involvement.
by Richie Unterberger 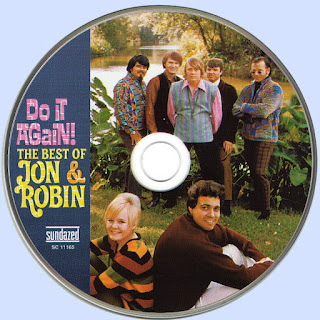