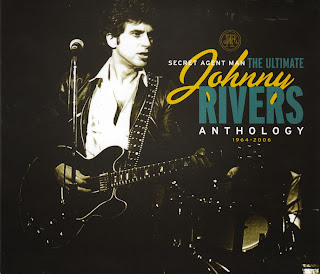 In January of 1964, Rivers opened the historic Whisky A Go-Go to a packed crowd of Hollywood stars and music fans, kicking off what would come to be known as the Go Go Generation. For the next year, a crowd of fans and celebrities flocked to the club to listen and dance to Rivers’ high energy live performances. Even the Beatles and Bob Dylan graced the club to see Rivers’ show.

Secret Agent Man: The Ultimate Johnny Rivers Anthology,  begins with his first hit single, Chuck Berry’s “Memphis” from his debut album Johnny Rivers Live At The Whisky A Go- Go. The single was a smash hit, climbing its way to the top of the charts. Like his first album, Rivers recorded his second, Here We A Go-Go Again!, live at the club. This album also spawned a major national hit with another Chuck Berry song “Maybelline.” Rivers continued to have great success with gems such as “Mountain Of Love,” “Seventh Son,” and one of his best known songs, “Secret Agent Man,” originally the opening theme for the hit TV series Secret Agent starring Patrick McGoohan.

After six “live” albums, Rivers changed direction; he began using more of his own compositions and expanding his arrangements in the recording studio. The centerpiece of his aptly titled Changes album was “Poor Side Of Town,” a lush, soulful ballad, which topped the singles charts in 1966. Rivers was the first artist outside the Motown camp to have hits with the Motown classics “Baby, I Need Your Lovin’” and “The Tracks Of My Tears.” In 1967 Rivers produced his best selling album to date, Realization, which featured his classic hit “Summer Rain.”

In the 1970’s Rivers came back with several classics including “Help Me Rhonda” with Brian Wilson singing harmony (the success of which inspired Brian to go back in the studio with the Beach Boys) and the New Orleans-style piano classic, “Rockin’ Pneumonia - Boogie Woogie Flu.” In 1977 Rivers scored again with the beautiful Jack Tempchin penned ballad “Slow Dancin’.” Secret Agent Man: The Ultimate Johnny Rivers Anthology: 1964-2006 features the above mentioned tracks as well as songs recorded later, including Elvis Presley’s “That’s Alright Mama,” and the Carl Perkins songs “Honey Don’t” and “Matchbox,” recorded in 1991 at Sun Studios and latter two featuring Perkins on guitar. A beautiful version of the Beatles “I’ll Be Back” (from the 2004 Reinvention Highway Soul City release) and crowd-favorite “China” from the 2001 live album Back At The Whisky are also featured on the package.
Shout Factory, June 27, 2006 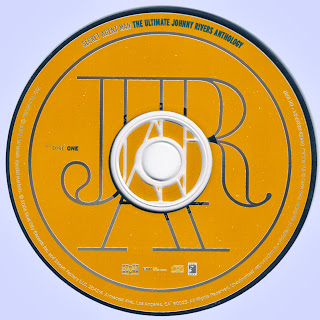 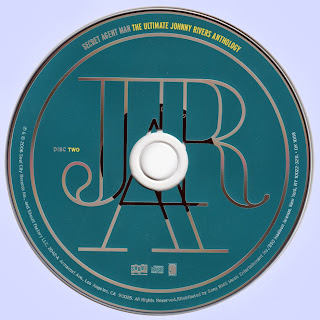 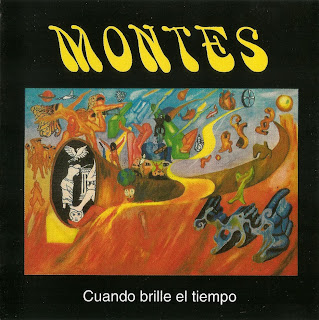 Montes made one album, originals of which have been fed to the condors long time ago to keep them high and were not found. . Original pressings are rare as gold dust. 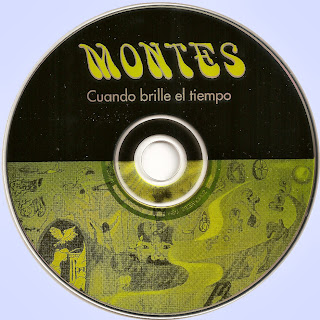