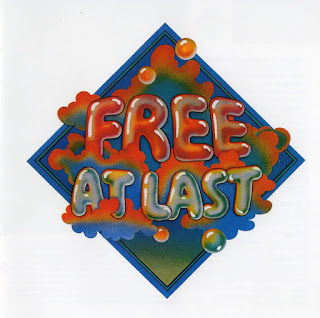 Following Paul Rodgers' unsuccessful project titled Peace and Andy Fraser's ill-fated Toby, Free rebuilt themselves and released Free at Last in the summer of 1972. The band went right back to what they knew best, with Rodgers baring his blues-rock soul to Kossof's moody electric guitar. Tracks like "Sail On," "Soldier Boy," and "Travelling Man" come out on top as some of the band's most emotive material, proving that their breakup in 1971 had no real effect on their chemistry. "Little Bit of Love" was released as a single in the U.K., peaking at number 13, while the album itself broke the Top Ten there, stalling at number 69 in the U.S.
The band's mixture of laid-back blues and gritty, bare-boned rock & roll is as poignant and as expressive as it was on Tons of Sobs or Fire and Water, even though Paul Kossof's problems with drugs were beginning to be more and more evident. Eventually, Kossof's addiction affected the entire band, hindering Free's ability to go on tour to promote the album. After Free at Last, Andy Fraser left the group and created the band Sharks along with Chris Spedding, while Kossof was busy with his own Back Street Crawler project. John Bundrick re-joined along with Tetsu Yamauchi for 1973's Heartbreaker, Free's final release.
by Mike DeGagne 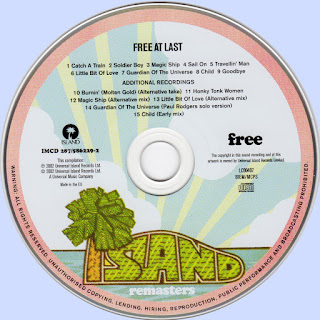