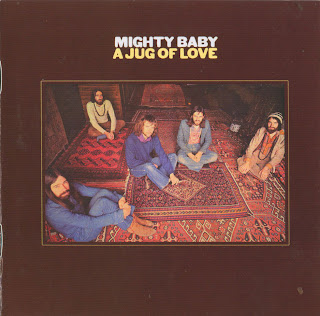 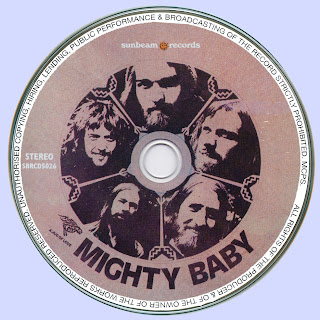 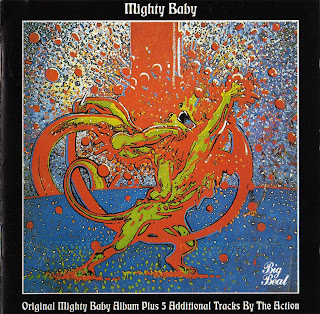 When the Action broke up in the late 60s, they reformed minus Reggie King as Azoth. The Azoth name was short lived, leading the band to settle on Mighty Baby. The Action had played the club circuit for years, releasing many excellent mod singles before plunging into the world of psychedelia. This band had always worked hard, and now they were finally given the luxury to record a long player.

Mighty Baby’s album was released in 1969 off the small independent Head label. At this point, Mighty Baby could technically and instrumentally hold their own against rock’s finest: The Grateful Dead, King Crimson, Collosuem, Caravan and the Allman Brothers. The album is miles away from the soulful, sweaty mod garage of their mid 60s singles and could best be described as a melding of Crosby, Stills, Nash and Young harmonies, Allman Brothers guitar improv and Notorious Byrd Brothers psychedelia.

Few debut openers are as good as the revolutionary Egyptian Tomb. It’s a sleek, powerful piece of psychedelia with strong west coast style guitar interplay. At 5:30 minutes, this great song never falls flat and is definitely one of the defining moments of British acid rock. Same Way From The Sun has a similar stoned vibe with psychedelic echo and sounds like it could have been lifted from a really good latter day Byrds album.

The spacious, pounding A Friend You Know But Never See, yet another highlight, rocks really hard with some interesting raga style guitar and has a strange mountain air aura. Other works such as the rural I’m From The Country provided a sound Mighty Baby would further explore on their next album, the equally brilliant Jug of Love from 1971.

Mighty Baby along with the Action and various band member’s solo careers are one of rock’s great lost family trees. During their peak they were innovative and unstoppable, thus the “English Grateful Dead” label really doesn’t do them any justice.
by Jason Nardelli 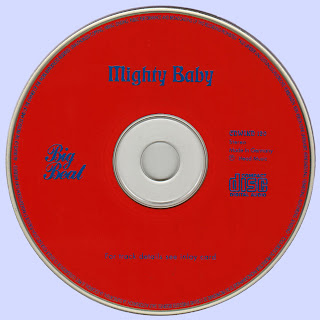 Free Text
Text Host
Posted by Marios at 6:30 AM 6 comments: