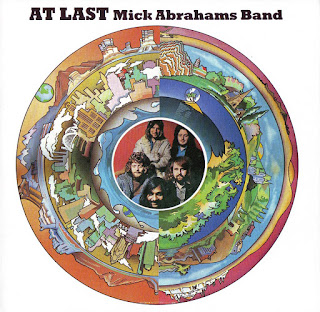 "Unlike most guitarists, Mick Abrahams' playing, blending sophisticated chord work with dazzling single-string breaks, goes beyond the distinction between lead and rhythm playing. You can hear echoes of many forms - Mick has a wide-ranging style drawing from jazz, country and western, rock'n'roll (ancient and modern) and he is also one of the most imaginative and sensitive exponents of bottlenecking.

Mick made his decision to go professional at the fitting age of 21, when his mother asked him whether he wanted a big party or a guitar to launch him into manhood; he chose the guitar, a Gibson SG that he still uses six years later, and shortly after formed his own band, the Original Hustlers, who played mostly Chuck Berry and Little Richard songs and what Mick laughingly refers to as "our own arrangements of Beatles' numbers".
Beat Instrumental, February 1971

In 1970 Abraham's left the Blodwyn Pig, to be replaced by ex-Yes guitarist Peter Banks and guitarist/singer Larry Wallis. The group continued on under the leadership of Lancaster, although it was eventually renamed Lancaster's Bomber. Initially Abraham's formed a new group called Wommet; it was very short-lived, however, so he reorganized his career around the Mick Abraham's Band, with Walt Monaghan on bass, Bob Sargeant on guitar, keyboards and vocals, and Ritchie Dharma on drums. He released two albums on Chrysalis, Mick Abraham's and At Last, with his former Blodwyn Pig bandmate Lancaster expanding the lineup to a quintet. Neither sold very well, although Abraham's was never at a loss for paying gigs.
by Bruce Eder 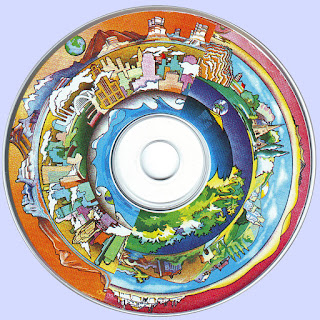