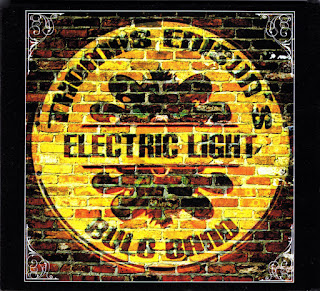 "It was the Summer of Our Contentment"-1967. The social cultural cliché founded on those heady times became, of course, "If you were actually there, in the 60's, then you probably don't remember it Well, the lads who made up "Thomas Edisun's Electric Light Bulb Band" were most assuredly "there", and it may be said without qualification that they don't remember much of it.

"The Red Day Album" was recorded and mixed from a Friday night to a Sunday evening, sometime on a week-end after the release of "Sgt Peppers Lonely Hearts Club Band" (June 1,1967). But, after considerable research and effort, no one can quite remember nor agree on just when or where it was all recorded. It is known that the first rough demo for their first single "No One's Been Here For Weeks," b/w "Common Attitude" (Tamm T-2024), was first recorded in a large studio named La Lou in Lafayette, Louisiana. It was subsequently re-recorded in Tyler, Texas sometime afterwards.

It was engineered and produced with the band by notable producer Robinhood Brians at Robin Hood Studios. Brians had already recorded hits with "The Five Americans" ("Western Union"), "John Fred and The Playboys" ("Judy In Disguise"), "The Uniques," featuring Johnny Norton, and would eventually cut the first four platinum albums by, "ZZ Top". The remaining tracks of "The Red Day Album" was essentially recorded and mixed in a single weekend.

Richard Orange was only around 15 years of age when he was spotted oh guitar and vocals by keyboardist Clay Smith whilst doing a "fill in", one-off gig wish another young band at a private party. Sometime later, Richard met Gary Simon Bertrand. Gary Simon's mother, "Gisele Carrinton", was also a cabaret owner from Paris, who had settled in Louisiana to continue her nightclub and cabaret ventures. "Edisun", as they came to be called, continued honing their craft in several of Gisele's nightclubs and cabarets.

Clay Smith had previously been with the band The Lost Cause". Kim Jarad Foreman was unique in that he was the only classically trained member of the band. "Thomas Edisun" would go on to win multiple "battle of the band" competitions and commanded larger and more adoring crowds.

Before Richard Orange had reached his 18th birthday, "Edisun would release a self-promoted single on the Tamm label that received considerable radio airplay and attention while opening for acts like “The Vanilla Fudge", "John Fred and The Playboys", "Bubble Puppy", and "Peter Green and The Great Socioly".

Richard Orange would carry on his talent in “Zuider Zee”. He would write  his first international hit song fro Cyndi Lauper, which would then also  be featured in a Columbia Pictures release film. A year later Orange  would sign with Barry Gordy's Jobete/Motown in New York where  he continued to write as staff-writer for groups and artists varied as  "Starship" To Jane Wiedlin of "The Gogo’s” and Brazilian Pop  Star Deborah Blando and "Missing persons” Dale Bozzio.  Richard released his latest album, "Big Orange Sun" which was recorded and mixed in its entirety at legendary, Sun Records in Memphis.

"Thomas Edisun's Electric Light Bulb Band" were a band :ahead of the  pack", if not perfectly aligned with the future with their own intimate brand  of "Ectodelic", "Beatlesque", pure, power-pop. They were a post “Sgt Pepper's" vision of rock-n-roll born of the psychotropic, anti-establishment."
by Mars Russell 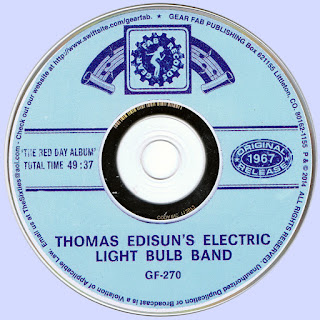