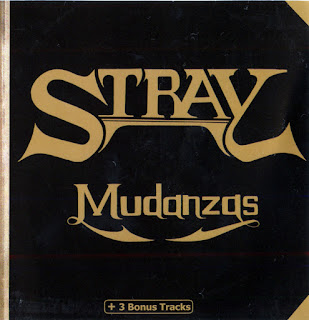 Stray, as had been said many times, have a rock and roll solid case for putting themselves forward as the best little British rock band of the 1970s never to make it big.
But that failure of major success doesn't detract from an acclaimed back catalogue, primary songwriter and lead guitarist Del Bromham’s later incarnations of the band or the sold-out reunion shows enjoyed by the original line-up of Bromham, Steve Gadd (lead vocals), Gary Giles (bass) and Richie Cole (drums).
One of the reasons for never breaking big was their strength in musical diversity (from psychedelically themed hard rock debut Stray to the blues rock of Houdini and the lighter songcraft of Stand Up and Be Counted) was also their weakness. Stray’s adventurism was ahead of its (wrong place wrong) time.
by Paul Newcomb
1973’s ‘Mudanzas’ saw a more widescreen approach in term of production, with orchestra and brass on tracks like the driving Come On Over (a decision which didn’t sit too well with Bromham, who thought they drowned out the band at points), it certainly smacks of ambition and puts a more commercial sheen on the sound and, given a push, could have put them on a sounder and more successful commercial footing, especially with elements of the ELO approach running though this and  Gadd’s vocals just getting better and better. Tracks like the brilliantly bluesy Gambler work well with the brass and the funky bass of Giles, who, along with Coles, is the powerhouse rhythm section that keeps the band motoring along. Bromham’s guitar is fine as ever and the harmony vocals he now also provided, add so much more to the music.
by James R. Turner 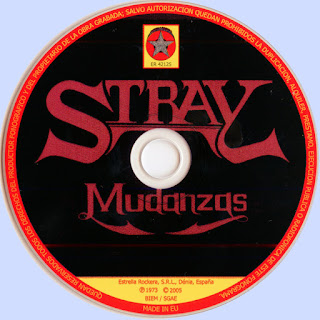