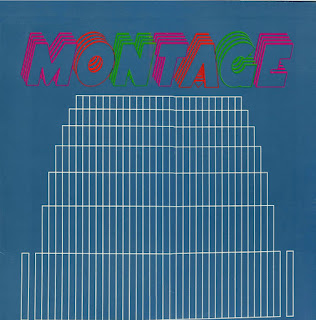 After leaving the Left Banke, Michael Brown -- who had been the group's chief artistic force as principal songwriter, arranger, and keyboardist -- worked with Montage to continue in the splendid Baroque pop/rock vein of his early recordings with the Left Banke.
Montage sounds far more like the real follow-up to the Left Banke's first LP, Walk Away Renee/Pretty Ballerina, than the actual one, The Left Banke, Too. This is because after the first LP the band's three singers had sadly parted ways with keyboardist and prime songwriter Michael Brown, who instead became Montage's mentor/mastermind. (It's a long story: Brown's dad was managing the band to the distrust of the other members and Brown, like Brian Wilson, similarly disdained touring in favor of staying home to write and record.)
And though Brown was not technically a Montage member, he not only wrote all the music and produced this LP, but he also played all the trademark piano and organ and charted the vocal arrangements. Yet the four New Jersey no-names he found clearly translated his vision of extraordinarily lush, unspeakably beautiful orchestral chart pop. Like Walk Away Renee/Pretty Ballerina, and much like the Zombies' Odessey & Oracle, Montage seizes you from the moment the opening cascade of voices showers you on the fantastic "I Shall Call Her Mary." Then next comes the LP's biggest achievement, the strings-piercing, downbeat bomb "She's Alone" -- truly as remarkable as any similar Beatles moment (think "Eleanor Rigby"), so full of its cello mourn and a melody from the gods.
by Jack Rabid 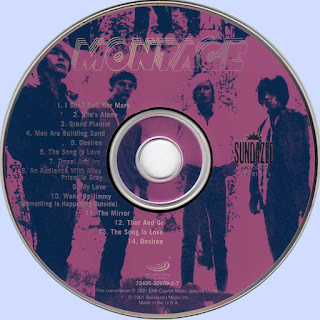