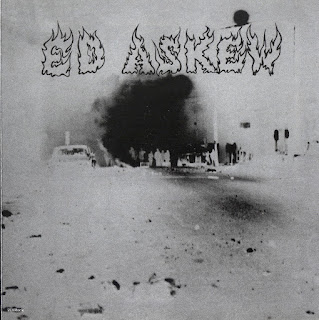 Little is known about the reclusive folksinger Ed Askew. During the late ‘60s he recorded the psychedelic folk masterpiece “Ask the Unicorn” – his only album which has been released commercially until recent reissues – with only his ten stringed tiple accompanying himself. Little happened when it was released in 1968 by ultra-noncommercial ESP-Disk, the label which was best known for its free jazz releases and which is considered to be one of the most legendary independent labels of the ‘60s. Receiving barely any attention at all the record soon descended into obscurity even among the best informed enthusiasts of the in-crowd.

This in itself is not a unique story. It happens all the time. What makes this story worthwhile telling however is the fact that during all those years after its release its fire was kept alive solely by its unmatched and overwhelming urgency. His music proved so powerful that even time could not take it down. Slowly but surely more and more people started discovering the album. Word got around very gradually. It stole the hearts of listeners one by one. Something within this record made people fall for it like nothing before.

These are the kind of stories that should be told. Songwriters who are largely unknown to the public but have managed to find their place in the history of music, changing its landscape indefinitely and inspiring other artists for many decades without ever getting the deserved recognition. This small series of posts is dedicated to my favourite songwriters who were undeservedly forgotten.

Ed Askew grew up in Stanford, Connecticut after which he moved to nearby New Haven to attend Yale University in the early 60s. After having earned his art degree as a painter he briefly taught art at a high school in New York. It was then when he sent a demo tape to Bernard Stollman of ESP-Disk who quickly invited him to record his first record which would become known as “Ask the Unicorn”. The album received practically no promotion from the label – which was already plagued by financial difficulties – and quickly disappeared from circulation. The second album which Ed Askew recorded for ESP-Disk was never released – due to the eventual bankruptcy of ESP-Disk in 1974 – until the limited vinyl-only release on De Stijl in 2003.

When you talk about independent record labels you automatically talk about ESP-Disk. A New York-based record label, founded in 1966 by Bernard Stollman who was known for his almost spartanesque production methods and a strict no-retakes policy. With the motto: “The artists alone decide what you will hear on their ESP-Disk”; the label opened the door to a wide range of wildly creative sounds including Albert Ayler’s “Spiritual Unity” and is considered to be the most important exponent of free jazz. It is probably no coincidence that it took such a label to discover Ed Askew’s talents. And with our current discussion about independent music and its role in our musical landscape there could be no better example than Ed Askew’s “Ask the Unicorn”.

“Ask the Unicorn” contains a certain urgency. Like the recording of it was an act of desperation. The moment he starts singing and you hear his uniquely strained voice you immediately feel that he is frantically trying to tell you something extremely important. Part of this comes from a less romantic and more practical situation. The instrument which he is using, the ten stringed tiple, is notoriously difficult to master and takes so much pressure to keep it under control that you can actually hear his continuing struggles in his singing. The tiple – which he describes as an instrument shaped like a baritone ukulele – offers stunning arrangements to his harrowing psychedelic folk songs and challenges conventional structure.

“Little Eyes” was recorded immediately following the poorly selling debut. The record shares a similarity with “Ask the Unicorn” when it comes to his strained vocals and his use of the tiple but it also shows his newfound interest in the piano. And again all the songs were recorded in one continuous take.
Lyrically, Ed Askew manages to create emotionally engaging images with tripped out, dreamlike lyrics which effortlessly seem to flow from him. Often abstract and abruptly shifting, his lyrics possess a certain timelessness. He addresses still difficult topics in a way that was well ahead of its time, managing to strip down his songs to the pure and beautiful essence with poetic elegance.

After more than 40 years Ed Askew’s music is more relevant than ever, still able to mesmerize its audience. As David Shirley once truthfully wrote: “This is music that will endure.” 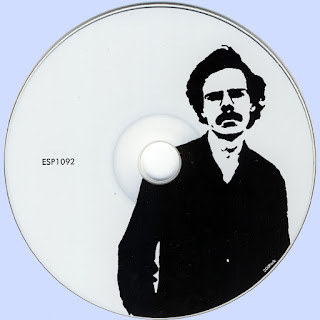