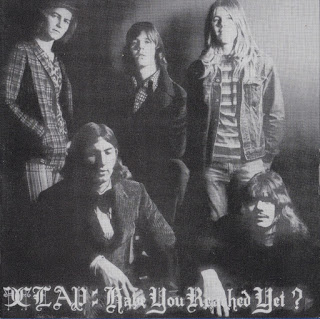 If you ever wondered what the New York Dolls would have sounded like if they were sun-stroked So-Cal surfers, The Clap would have been the answer to that query. Self-deception is a vital skill, especially if your itch is collecting dead wax by guys who never sold a damn. Yes sir, failure-rock fixation leads us all to some pretty wide suspensions of disbelief. …like the Flamin Groovies’ should’ve outsold Bad Company or that Elliot Murphy (or Garland Jeffreys) run circles around Springsteen (and in better wheels to boot). Yup, speculation shore is the most – most of all when it comes to a record you feel you’ve got the curtain closed on: a rotating, black vinyl Sutter’s Mill - your own private tip-for-the-top! …and, of course, it helps if the record and artistes in question are any good. In Clap’s case, they’re practically Nietzschean (good-bad, no evil).

Cursed by birth, too late for the garage scene and too early for the punk revolution, were the band from Manhattan Beach, California known as Clap. While it would have been easy and cool in the early seventies (which is as close as we can determine for the original LP release date) to turn up the amps and blast out "Aimless Lady", "Iron Man" or some variation thereof, Clap followed a different muse, fully embracing the snot and swagger of Exile-era Glimmer Twins with amateur enthusiasm - ten originals of chicks, attitude, and chicks with attitudes. Although there’s a certain lo-fi malaise that permeates the album’s ten tracks, it doesn’t interfere with the quality of the tunes, and can likely be chalked up to a shitty studio and even shittier engineer. Slow strutters like, “Middle Of The Road”, carry a snotty Stones charm, while darker rockers such as the opening, “Out Of The Shadows”, and later, “Get It While You Can” are smoky puffs of Alice Cooper pageantry with a healthy dose of juvenile delinquency to up the ante.

A prime example of proto-punk, this LP nods towards the eventual change in underground rock n’ roll. (singer Steve Morrison’s vocals are uncannily similar to a Born Innocent-era Jeff McDonald – or should I say that the other way around?) It’s the perfect addition to the completist’s library, not to mention several hundred dollars cheaper than scarcer-than-hens’-pubes original. 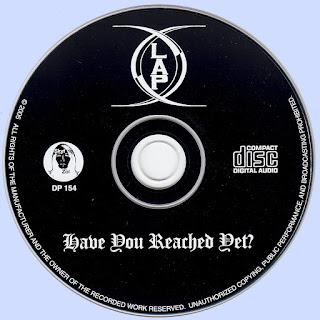