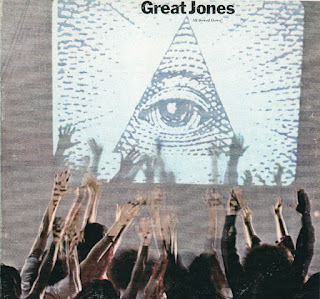 With only one highly collectible 1970 album to their credit, Great Jones, as the liner notes to their LP declared, was an odd combination. This hard driving rock and blues trio featured Billy Cadieux, a fiery jazz-loving guitar player, ex-folky bassist and gutsy lead vocalist, David Tolmie and blues-breaking drummer, Gary Kollarus. This Brooklyn based band became part of the scene revolving around legendary R&B producer, Jerry Ragavoy's Hit Factory Studios in New York City, which is where they met up with keyboardist and songwriter, Jeff Gutcheon. Then an apprentice at the Hit Factory, Gutcheon had worked extensively with Geoff and Maria Muldaur and not only contributed piano and organ tracks to Great Jones' album sessions, but also penned the title song, "All Bowed Down."

Following the release of their album, Great Jones was invited to open two high profile evenings at Bill Graham's Fillmore East, kicking off a bill that also featured Delaney & Bonnie & Friends (then with Eric Clapton on board) and headliners, the Byrds. 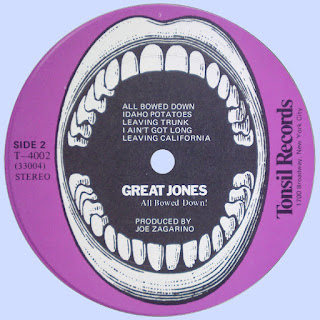