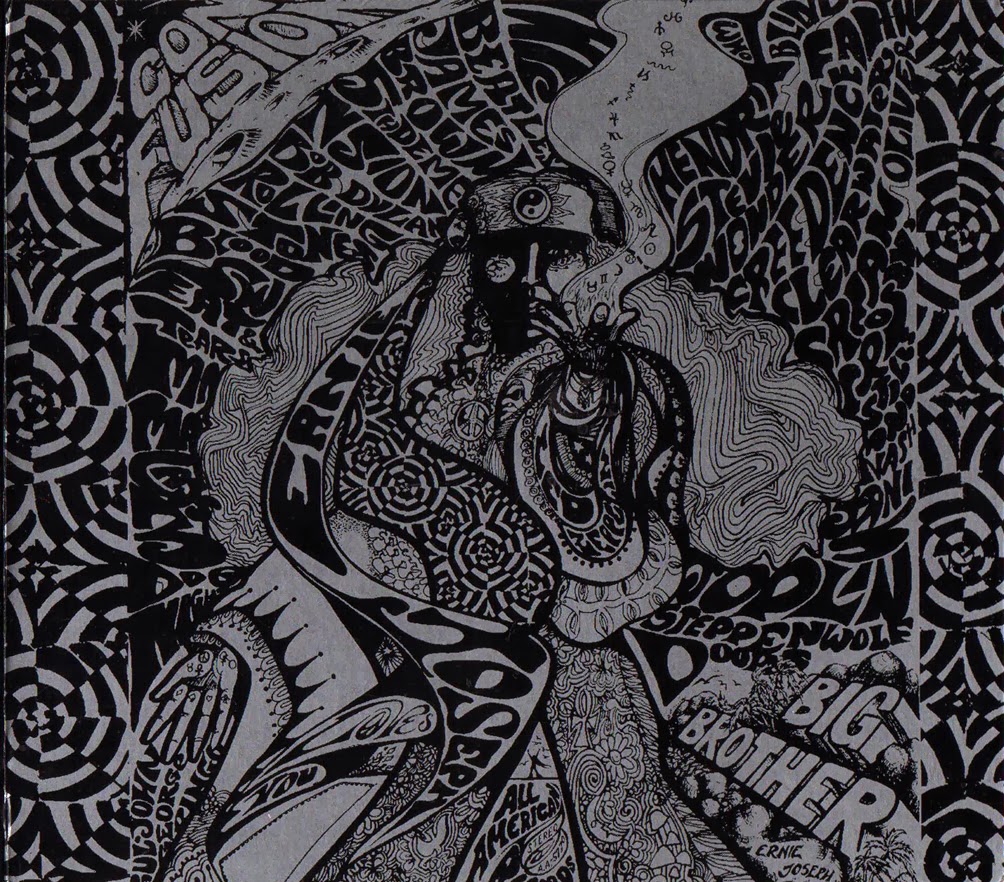 This is one of those LPs I'd heard about for years, but never managed to lay my hands on. Every time I stumbled across a copy in a store it carried an astronomical price ($250 for the last copy I saw three years ago in San Diego), or when I found a copy on the internet it was either already sold, or if it was part of an auction I was quickly outbid. Well, having finally found a copy, was it worth the wait? Yes.

So what do we know about these guys? Not much. Under his given name Ernie Orosco, front man/singer/guitarist Joseph had previously played with a number of Santa Barbara, California-based acts including Ernie and the Emporers and Ernie's Funnys. He'd also recorded a pair of interesting late-'60s albums as a member of Giant Crab (see separate entries). Following the breakup of Giant Crab, Orosco/Joseph apparently relocated to Los Angeles, where he formed Big Brother (not to be confused with Janis Joplin's original outfit). Backed by guitarist Cory Colt, drummer Steve Dunwoodle (aka Steve D. and multi-instrumentalist brother Ruben (aka Ruben the Jet), the quartet attracted the attention of  the small All American label.

Produced by Bill Holmes who'd handled production for the two earlier Giant Crab LPs, 1970's "Confusion" came as a major change in direction to anyone familiar with Orosco/Joseph's earlier pop/lite-psych moves. With all four members received writing credits, material such as 'Heart Full of Rain', 'L.L.A. (Lubricated Love Affair)' and the bluesy 'Heavy Load' offered up a set of Hendrix-styled guitar pyrotechnics.

Elsewhere, the heavily phased 'E.S.P.' (sounding like a strange reworking of The Pretty Thing's 'L.S.D.') was actually a reworking of Giant Crab's final single. Given the abundance of guitar rockers, at least to our ears, the standout track was the atypical ballad 'Wake Up In the Morning'. Sweet and sincere, its a beautiful effort. Sure, it ain't the most original LP you'll hear this year and parts of the percussion heavy closing suite 'Gravus Delictum (Unforgiveable Sin)' drag, but the performances were enthusiastic and its an album I play on a regular basis. (Courtesy of Dan McClean, the LP also sports a great black and silver period piece cover)
Bad-cat 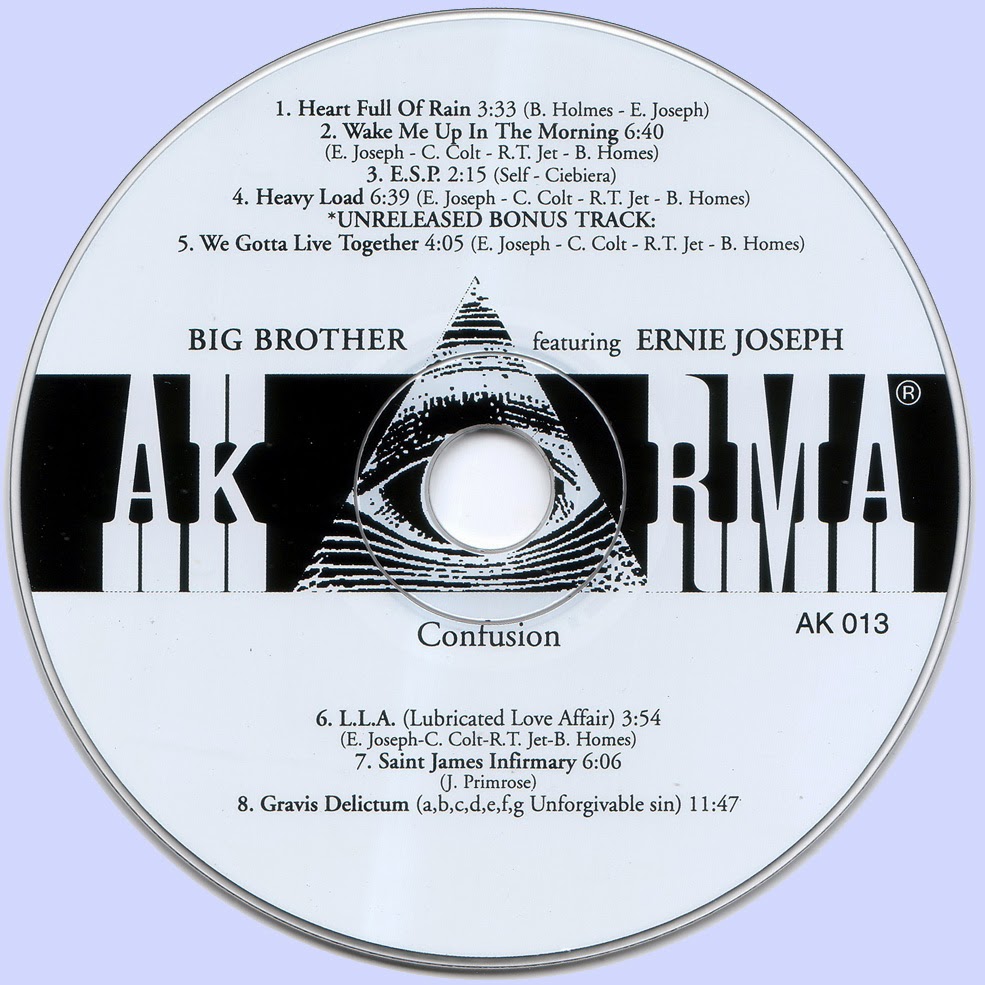 Free Text
Text Host
Posted by Marios at 8:20 AM 1 comment: