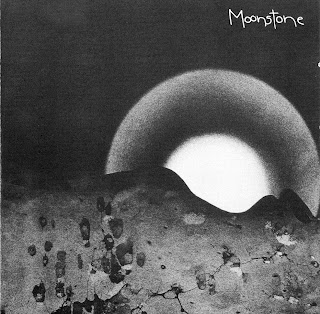 Moonstone members lived in Winnipeg Manitoba Canada and released a completely left unnoticed LP on the private Canadian label Kot’Ai, recorded in Montreal somewhere in the early ‘70’s, and, like the label says, what a great discovery this is indeed. On the first track, female singer Carolyn MacLeod sounds like a cross between Vasthi Bunyan and perhaps Linda Perhacs.

All tracks have delicate and gentle fingerpicking guitar. There’s one short instrumental based upon guitars only, “Fina’s Birthday Song”. Often the male vocals lead and there are nicely worked out vocal harmonies. “In Case”, “Cointreau” and “Relative Hoak” and the melancholic “Said Gently” (with piano only) does this with a definite West Coast feeling and harmony, at times close to Crosby,Stills, Nash & Young, performed with a similar gentleness as the other tracks. “Black Blind Light” is a bit more psychedelic, with flute and guitars improvisations.

Last track, “Hope you can see” is the most melancholic song of the album, a track which can stand well against another favourite folkpsych track favourite of mine which I mentioned before in another review (of The Search Party, mentioning the similar track "All but this”), namely Jefferson Airplain’s "Coming back to me"
Psych-folk 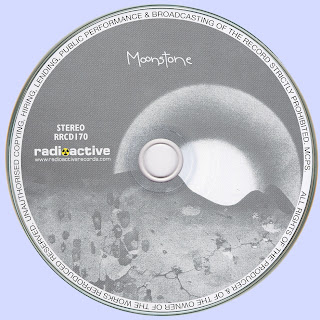 Free Text
Text Host
Posted by Marios at 11:00 AM 7 comments: