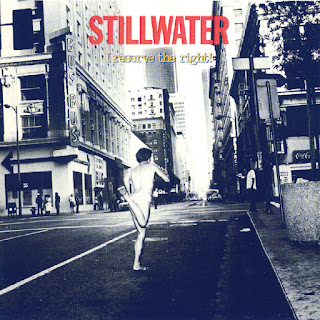 I Reserve the Right album features a naked man running down the main street of a major city, which is a little more appealing than the wardrobe this seven-piece group sports on the back cover. They look like they just got off work for the day at the farm, so you know without the image they'd better have some chops to warrant this record's release. Lead guitarist Rob Walker's "Alone on a Saturday Night" is a beautiful song, with drummer Sebie Lacey getting the honors for the lead vocal. It is the tune that stands out and grabs you on a decent outing produced by Stillwater and engineer Tad Bush for Buddy Buie Productions.

The title track sounds like it is a cross between Duke & the Drivers meets Bachman Turner Overdrive sans Randy Bachman; it is truck-driving rock, the qualities of "Alone on a Saturday Night" or the other subdued highlight here, "Women (Beautiful Women)." With no Top 40 hit to their credit and not much of a cult for this genre of music, this fairly decent outing is one for the bargain bins. Having the Muscle Shoals Horns contribute is pretty neat, and there are some enjoyable moments here nonetheless.
by Joe Viglione 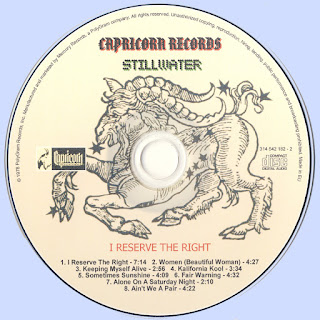 Free Text
the Free Text
Posted by Marios at 7:47 AM 1 comment: