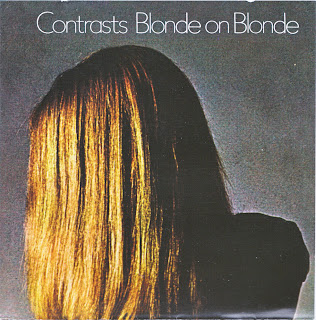 A popular support act for some of the biggest names in the underground music scene of the late 1960s, Blonde on Blonde were no shrinking violets when it came to holding their own beneath the staccato glare of the polychromatic liquid lights.

Signed to Pye Records, they released their debut Contrasts in 1969 – a collection of psychedelic proto-prog songs, with a couple of souped up cover versions thrown in for good measure.In doing so, they perfected a blend of guitars, sitars, abstract percussion, flute and the ever-faithful keyboard contingent.

‘Ride with Captain Max’ is a powerful start to Contrasts with breakneck guitars and a rhythm section playing as though the devil’s at its heels; giving way to mellow lyrical passages of acid-infused ponderings on “flying high”. This is quickly followed by the flute and sitar-charged, kaleidoscopic playground that is ‘Spinning Wheel’, a lysergic single malt distilled into a bottle of less than three minutes. And that’s just for starters.

Want more? Then the third track is a bracing version of the Incredible String Band’s ‘No Sleep Blues’. Yes, you read that right, the dreaded ISB. It seems that if you remove their tuneless whine and slapdash playing from the equation, there’s a half-decent song just screaming to be set free. But this is neither the time nor place for Incredible String Band bashing, there’s plenty of that elsewhere on HFoS. Blonde on Blonde’s rendering is hearty stuff and one of the highlights of Contrasts.

There’s also a cover version of The Beatles’ hymn of loneliness, ‘Eleanor Rigby’, on hand, substituting the orchestral accompaniment of the original for a stirring horn section. The Elizabethan-style olde-worlde psych of ‘Island on an Island’ is another notable example of the many pleasures that Contrasts has to offer.

Blonde on Blonde would jump ship to the Ember label and released two more albums of a more progressive nature, but it’s their debut that offers the most memorable moments and as such is a fine addition to the psych/proto-prog stylings that were doing the rounds as the 60s conceded defeat to the 70s.

Oh, and did I mention that the band took their name from the 1966 album of the same name by Bob Dylan? No? Ah well.
by Nick James, Head Full Of Snow 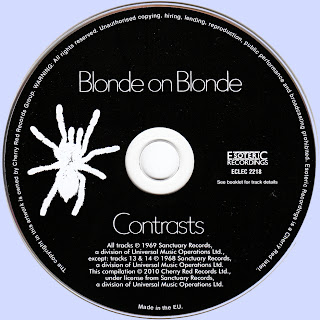