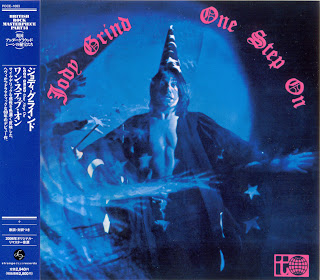 The Continentals with Andy Fields being replaced by Peter Miller and future Zagni looking for a more vibrant conduit. The connection came in 1969 with drummer Barry Wilson and ex Chicago Line Blues Band keyboardist Tim Hinkley, a veteran having played on Bo Street Runner’s “Ready Steady Win” formed the trio Jody Grind and launched their debut One Step On.

The album was a busy affair with Hinkley letting loose and providing the core of their improvised structures. The opening brass riddled trilogy “One Step On” was an austacious pounding with extremely fast leadbreaks by Zagni which included a very speedy rendition of the Stones’ “Paint It Black” featuring Renaissance bassist Louis Cennamo.The highlight was a heavy loaded bluesy lament called “USA”. David Palmer handled the arrangements for the debut that stands out like a mighty warrior, but sadly the swordsman were about to defect. 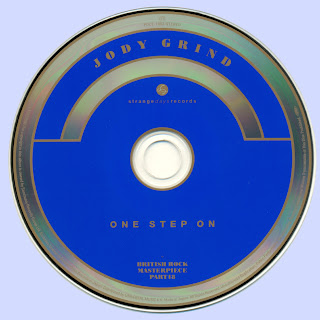