Sweetwater - Just For You (1970 us, wonderful west coast psych with latin jazz drops) 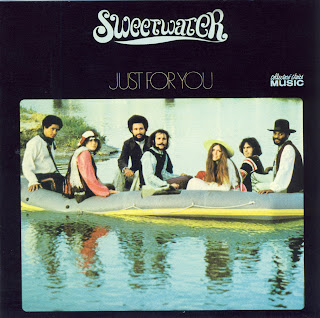 Following the release of Sweetwater's selftitled debut album in Autumn of 1968 (produced by Dave Hassinger) for Reprise Records, the band entered the realm of virtually endless touring. The band's status was that of a "must have" act. They were so popular on the ever-increasing "Pop Festival" circuit that they shared bills with Cream, The Rolling Stones, The Doors, Jimi Hendrix, The Who, Led Zeppelin, Janis Joplin, The Grateful Dead, Jefferson Airplane, Jerry Lee Lewis, Crosby, Stills, Nash & Young and many other major acts of the day.

One of the reasons that the band was so compatible with so many major acts was the fact that they sounded like virtually no other act in rock. Eschewing the standard lead guitar, bass and drums rock band format, Sweetwater used cello (August Burns), flute (Albert Moore), bass (Fred Herrera) and keyboards (Alex Del Zoppo) as lead instruments. Combining classical, Latin, jazz and rock elements to their sound, they remained unique. In addition they had one of the best female voices in rock, Nancy Nevins, to handle most of the lead vocals (often blending with Del Zoppo, Herrera and/or Moore).

Touring dominated the band's life from late 1968 all the way through December of 1969. To be sure, the band's appearance at the Woodstock festival brought them some of their greatest exposure, but the band also went out on regular tours with the likes of The Doors, Frank Zappa and The Mothers and others. To some extent, all of these performances distracted the band from turning in their sophomore album. "We were so busy gigging and flying everywhere," adds Fred Herrera, "that we never really sat back and took stock of our recording situation...and a year and a half between albums was the kiss of death at that time." Another part of that "kiss of death" that Herrera mentions was Nancy Nevins' tragic automobile accident in December of 1969, which nearly crippled the band-as well as Nancy.

Nevin's near fatal head injury and accident-damaged right vocal cord had a devastating effect on her voice. "We had so many gigs lined up at the time of Nancy's accident" continues Herrera, "that we thought she'd be okay with a week or two of us gigging without her, but it just didn't come together." But the need for the band's second album was fast becoming a priority. Although patient and understanding of the band's situation. Reprise Records was waiting, and Nevins-ostensibly the band's "voice" and visual focus-was very slow in healing. The band only had one track previously recorded during sessions for the first album, with Nancy's voice as it was before her accident, "Look Out."

Most of Nancy's voice tracks on Just For You are the first professional cuts of her post-accident voice. The resulting album that you now hold, is somehow, through all of the chaos and disaster, a minor classic, and may be the band's finest hour in the studio. There is a depth and toughness to the sound that was occasionally missing from the Hassinger-produced debut. The award-winning producer Chris Huston was chosen to oversee the production of this album, and he brought Just For You a more live and exciting sound. The album's title track is a perfect example of this. Led by Del Zoppo's positively wicked Salsa piano riffing and Herrera's powerful bass runs, the track smokes, and achieves the kind of spontaneity that the band was known for. This, dear listener, is the real Sweetwater.

Adding Elpidio Cobian's nimble percussion tattoos, Albert Moore's flute solo and especially August Burns' swooping filigrees on the cello, the song stretches out in precisely the way the band were famous for in a live setting. Huston mic'ed Nancy closely for this track, protecting her still-recovering voice. Chris Huston continued to work diligently with Nancy's voice on the rest of the album. "Day  Song" is a particular delight here, with Nancy performing gracefully on acoustic guitar.

There is an innocence and vulnerability to the performance that captures her spirit beautifully and accurately. Perhaps, however, the album's centerpiece is a track called "Windlace." Opening with some tasteful rain sound effects, the song slips into a funk-induced darkness that is relentless.

The vaguely psychedelic lyrics take the listener on a brief journey through consciousness. But the groove itself is what grasps and holds, and is another example of the band's core sound, mixing funk, classical and other elements effortlessly. As noted at the beginning of these notes, Sweetwater sounded like no other band of their era...but in the end, they actually captured the endless possibilities of the era perfectly. Just For You proves all of this and more.
by Matthew Greenwald and Harvey Kubernik 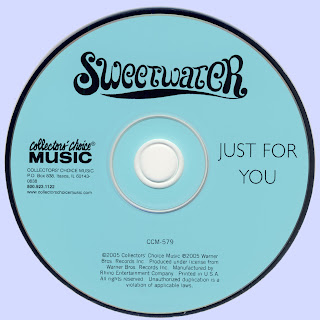 Free Text
Text Host
Posted by Marios at 11:24 AM 3 comments: