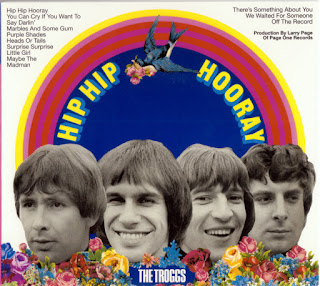 Hip Hip Hooray is actually a retitled and slightly resequenced reissue of the Troggs' 1968 U.K. album Mixed Bag (which never came out in the United States), tacking on 11 CD bonus cuts from 1970 and 1973 singles. The original title Mixed Bag was an appropriate description of this rather scrapheap assembly, as it wasn't really a regular album. Instead, it was a budget-priced compilation matching eight songs that appeared on British and American singles in 1968 with four others that made their first appearance on the LP. Although all but one of the tracks was a Troggs original ("Hip Hip Hooray" being the lone exception), and although there were a few solid cuts, overall it was disappointing due to the weakness and surprisingly low energy of many of the songs. "Hip Hip Hooray" was somewhat puerile bubblegum, and "Little Girl," a small British hit, was a lame attempt by Reg Presley to keep milking the pop ballad style he'd used the much better effect in earlier hits like "Love Is All Around."

In brighter news, the old salacious Troggs sound surfaced to good effect in "Say Darlin'"; "You Can Cry if You Want To" was one of Presley's better soft numbers; and both "Purple Shades" and "Maybe the Madman" were two of the band's best ventures into psychedelia, albeit of the rather tongue-in-cheek sort. All of the best numbers, however, were the ones most likely to show up on later best-of compilations, making Hip Hip Hooray only of interest to collectors and completists. Repertoire certainly does such collectors a service, however, by adding a pile of rare 1970 and 1973 singles onto the disc, as well as three tracks from Reg Presley solo singles of the era. Alas, none of the bonus cuts are too good or memorable (the heavy "Feels Like a Woman" is the most well known), documenting a period when the band's original force and raunch were getting diluted amid a clutch of substandard material.
by Richie Unterberger 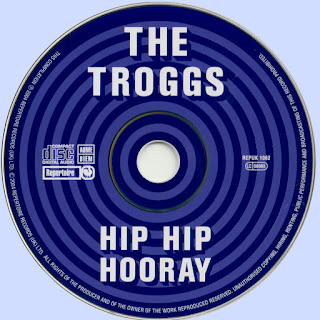