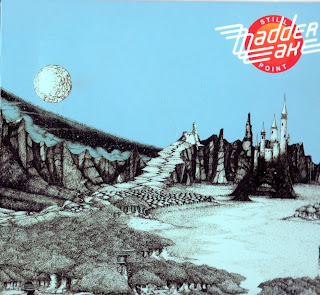 It all seems so long ago, but in the early seventies Australia hosted a burgeoning music scene that built on the garage pop explosion of the sixties. Music and culture had reflected on the initial rock’n’roll explosion, and all sorts of new avenues were being explored.

One of the most adventurous explorers was Melbourne ’s magnificent Madder Lake . Their career was typical of the times. Emerging from the sixties as a cover band (San Sebastian), they coalesced into an original band of great creativity and power, helped kickstart an independent Australian music industry, participated in the legendary gigs like Sunbury, and after two amazing albums that pushed the envelope of creativity and could’ve been major highlights in any part of the world, eventually folded without ever achieving the critical or popular acclaim their originality and talent deserved.

That’s the nutshell version, and it will do for now, because the focus really should be on this magnificent pair of albums that have now been given the lavish Aztec Music treatment they deserve. Like Sebastian Hardie in Sydney Madder Lake have remained a secret known only to those who remembered swaying close eyed as their music transported you to a higher state.

It’s often called progressive rock, and that’s probably fair enough, because it was music that transformed our understanding of what was possible, but ultimately it’s too limiting to try and tie music like this down with a label. Explore for yourself and be prepared to marvel and just what the Australian music industry was capable of in 1973 and 1974.

Stillpoint came first and is the product of just a few days in the studio. From the opening bars of “Salmon Song” you realise that you’re hearing something very different. Brenden Mason’s guitar and John McKinnon’s keyboards interplay joyously as the rhythm section of Kerry McKenna (bass) and Jac Kreemers (drums) underpin the sonic excursions with a thunderous bottom end that has just been waiting for a digital remastering to be fully revealed. After six and a half minutes creating expectation, Mick Fettes gravely vocals burst through the speakers, and the strength of Madder Lake is revealed. This is a band the absolutely revels in sparking off each other. The speed of recording captures an almost improvisational feel that was characteristic of their live performances. If “Salmon Song” was the only thing they’d ever recorded they would have been a great band, fortunately for music lovers everywhere it was just an entree.

Stillpoint contains the two singles that were obligatory for any band wanting to achieve recognition in the music industry, “Goodbye Lollipop” and “12-lb Toothbrush”, but goes way beyond that as the band explored textures, sounds and space. “Lollipop” is still irresistible, the perfect name for three and a half minutes of pure, unadulterated joy, while “Toothbrush” sounds as fresh as the first time its “na na nana nana na na” vocal hook first entered the collective consciousness of a generation of Australians.

This superb re-release supplements the musical explorations of the original album with some wonderful rarities. Aztec Music were obviously determined to make sure “12-lb Toothbrush’s” infectious hook infiltrated as many brains as possible, because the original single version is included here, as is a live version from Sunbury ’73. Two tracks from the rare “Final Blow” LP recorded live at The Garrison in Melbourne on 10 June 1973 round out the collection and offer convincing proof of just how powerful Madder Lake were on stage.
by Bernie Howitt 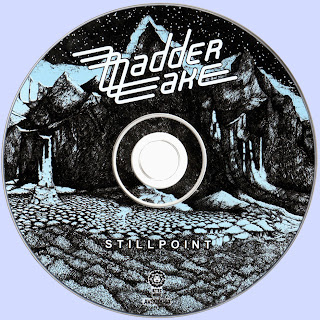