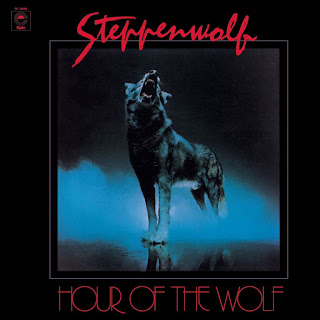 By this time Jerry Edmonton had taken over the art direction and started working with a photographer named Lori Sullivan. Together they created the “Hour Of The Wolf” album artwork. Andy Chapin replaced long time keyboardist Goldy McJohn on this album, and played a major role in bringing that added punch, fresh new sound to the band.
Once again they recorded at John Kay's studio but the record was mixed by Roy Halee who had worked with John Kay during the days with “The Sparrow”. Roy, who is a renowned engineer, gave the album it’s full and varied sound. “Mr. Penny Pincher” and “Another’s Lifetime” were fine songs  also  “Someone Told A Lie”, while Mars Bonfire (of Born to be Wild fame) contributed a timely new tune called “Caroline, Are You Ready For The Outlaw World”. That track also featured Tom Scott playing a burning sax solo through a leslie.
Overall the album was less raw and bluesy then some previous Wolf efforts but it showed some of our other musical sides to good advantage. Unfortunately label “Mums Records” folded just when this album was released and so it was more or less ignored by Epic who was Mums distributor. 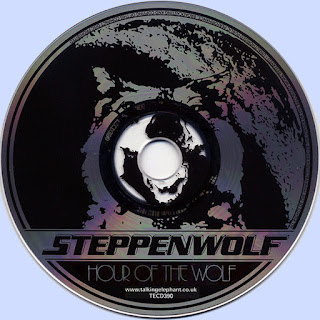