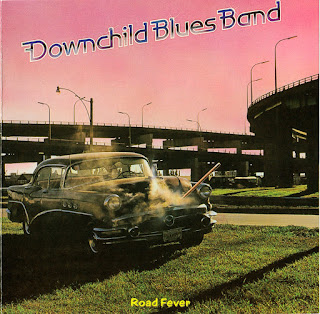 Downchild (originally Downchild Blues Band). Toronto blues band, named for the Sonny Boy Williamson song "Mr. Downchild." It was formed in 1969 by the lead and slide guitarist, harmonica player and singer Don (Mr. Downchild) Walsh (b Toronto 24 Mar 1947). Members have included the singers Rick (The Hock) Walsh (b 19 Dec 1948, d Toronto 31 Dec 1999) and Tony Flaim (b 1948, d 10 Mar 2000), who alternated with Downchild for more than 20 years, and the pianists Jane Vasey (b Winnipeg 1949, d Toronto 7 Jul 1982; a member 1973-82) and, as of 1987, Gene Taylor (b Norwalk, California, 2 Jul 1952).
Downchild first performed its spirited brand of jump-band and Chicago-style blues at Grossman's Tavern, Toronto, before moving onto the national club circuit. After the release of their first album, Bootleg, the group was signed by RCA. In 1973, the band's single "Flip, Flop and Fly" (from the LP Straight Up) was a Canadian hit; two other songs from that album, Walsh's "(I Got Everything I Need) Almost" and the Walsh brothers' "Shot Gun Blues," were recorded in 1978 by the Blues Brothers (Briefcase Full of Blues, Atlantic KSD-19217), and the songs' popularity brought Downchild several US engagements. Vasey's "Tryin' to Get Her 88s Straight" was a minor Canadian hit in 1980. Downchild slowed in the years immediately following Vasey's death (of leukemia) but made a comeback in 1987.
Downchild has included several trumpeters, saxophonists, bassists, keyboard players and drummers during its history and by 1990 more than 100 musicians had passed through the band, which has been, variously, a quintet, sextet and septet. Since the early 1990s the core of the band membership has comprised Donnie Walsh, guitar and harmonica; Chuck Jackson (b Toronto, 11 Mar 1953), vocals; Michael Fonfara (b Stevensville, Ont, 11 Aug 1946), keyboards; bassist Gary Kendall; drummer Mike Fitzpatrick; and Pat Carey, saxophone. By 1990 the group had toured Canada more than 25 times, appearing at folk festivals, the NAC, Ontario Place, etc, as well as in countless bars in towns and cities from coast to coast.
In 1991, Downchild received a Juno Award for best roots and traditional album (Gone Fishing). Individually the musicians have each earned several Maple Blues Awards and Downchild was awarded electric act of the year (2005), recording of the year (Come On In, 2005), and entertainer of the year (2005, 2006).
The Canadian Encyclopedia 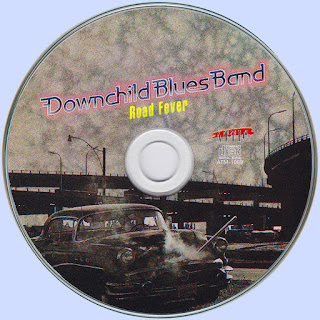