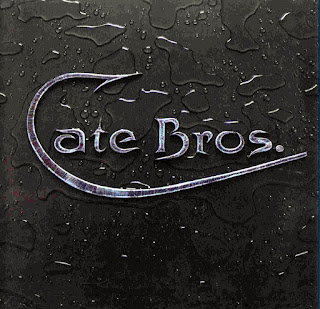 The Cate Brothers' formal 1975 debut album opens with "Time for Us," an ebullient soul workout that is also (along with "Standin' on a Mountaintop" and "Always Waiting" -  among the more stripped-down pieces on the record: it shows off Ernie Cate's lead singing and Earl Cate's harmonies (supported with some exquisitely restrained help from Julia Tillman, Brooks Hunnicut, and Maxine Willard - , as well as the latter's clean, crisp lead playing in so genial and upbeat an introduction that it seems like the rest of the album might be hard-put to match it. But amazingly, the rest of the record does equal that opening and then some, alternately bursting out with some amazingly funky white soul and haunting balladry in equal measures.
The duo's songbag was full to overflowing here, and with Steve Cropper producing and a coterie of players that included old friend Levon Helm and Beatles alumnus Klaus Voorman, the album pretty well soars from beginning to end. There's not a weak point on the record, but the highlights are three songs that the Cates previously cut for Huey P. Meaux: "Can't Change My Heart" (which charted briefly as a single in 1976 - , "Always Waiting," and "When Love Comes," the latter benefitting from a gorgeous Earl Cate guitar solo on the break.
The rest of the record isn't far behind, and the harmonies on "Easy Way Out" are almost worth the price of admission; and the augmentation by Terry Cagle plus Hunnicut, Willard, and Tillman puts the latter track and "Lady Luck" over the top in the vocal department. [The CD reissue is a special treat -- sad to say, the master tapes on the Cates' library were never exactly overused, but the plus side is that they translate nicely to digital on Wounded Bird's 2009 reissue. But however one hears it, this record is still great listening 30-plus years later.]
by Bruce Eder 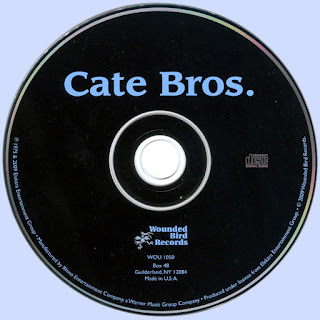