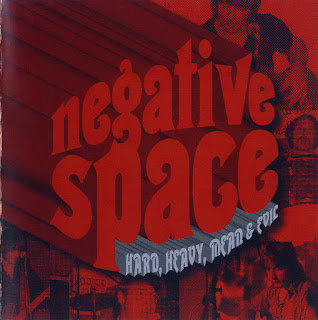 Negative Space were an underground psych/rock band from East Camden, New Jersey, formed in 1969. They released one privately-pressed album ‘Hard, Heavy, Mean and Evil’ in 1970. Only 500 copies were originally issued and now command large sums of money on the collectors market.

Inspired by the likes of Blue Cheer and Nazz - their sound has been described as “crudely-recorded distorted rock in its purest form” and “dark heavy fuzzed basement psych".

In the late '60s Rob Russen, with his cherry red Gibson SG, Baldwin Exterminator amplifier and fuzztone was an established fixture in the East Coast music scene having performed in bands such as Soul Providers, The Ellingtons, The Banished and The Turfers.

Negative Space issued their music on Castle Records, a small independent label formed by Russen in 1965 and only 500 copies of the original ‘Hard, Heavy, Mean & Evil’ album were released.

Rob Russen said..
Some of the bands I joined before forming the Negative Space, were The Soul Providers, The Ellingtons, The Banished, The Turfers. My father and his best friend had formed a record label (Castle Records) to support my music career and help other local artists. Among those groups were Great Pride, Dirty Martha, Plynth, the Cellar Wall, and r&b vocal groups The Millionaires, The Ebonies and the Omystics.

This “Mean” and “Evil” and, at that same time, radio stations were calling the new music they were playing “Heavy Metal” . .The band had a reputation for coming out hard and heavy with strong initial impact. So I combined those into “Hard, Heavy, Mean & Evil”. Many of the songs on the album reflect the turmoil of my personal life at that time. Much of it was fantasy because I felt I was trapped so I wrote about imaginary relief. For example “Forbidden Fruit” was a song about having an affair with one of my wife’s sisters who was a very creative girl who originally told me about the artistic concept that is “Negative Space” and I adopted the name for the band at that time.

The album was released in May of 1970 and we gigged hot and heavy that summer to promote it. Jim Moy had gotten married and his wife wanted him to settle down and not travel as much. Last year I met with Jim here in Florida for lunch one day and asked him “How did we end up in the band together?” He told me that we had gone to the same high school together. I was a senior when he was a sophomore so we didn’t have any contact during that time. But I was an outstanding athlete in school and had a reputation for that plus playing in bands. He said that one day he heard that I was looking for a percussionist to join my band and it was like a dream of his to play in a band with the ‘famous” Rob Russen. I couldn’t help but laugh at his story because I didn’t remember it at all. Jim was replaced with a guy named Gordon and then Bob Rittner left because he had a day job and they decided they didn’t want him taking off time to play music as much as he had been doing. He was replaced by a blonde female named Barbara who was excellent. After a few months of gigging with the new lineup I decided to change the name of the group to Snow and we recorded “Johnny B Good” b/w “Sunflower”. The material that was recorded for Hard, Heavy, Mean & Evil that was not used on the album was later included on the two CDs released by Monster Records. 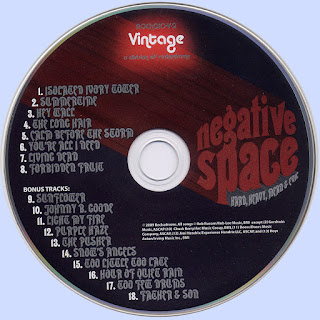