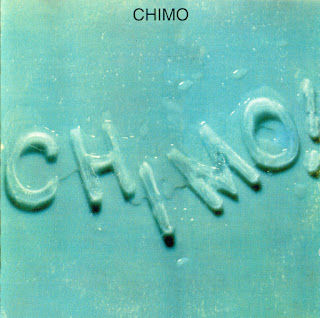 Chimo’s roots can be traced back to Parry Sound band The Georgian IV who formed in 1964 and comprised Ross Raby (vocals, organ, piano), John Johnson (vocals, guitar), Stewart McCann (bass), and Rick King (drums). They toured extensively for several years throughout Ontario, Québec and New York State. Following the break-up of The David Clayton-Thomas Combine (itself a holdover from Clayton-Thomas’s The Bossmen), guitarist Jack Mowbray joined the Georgian IV and they changed their name to The Georgian People. Soon Mowbray called upon his old Bossmen bandmate Tony Collacutt for additional piano chops.
The group made the rounds on the Southern Ontario bar scene and in their downtime, worked on a repertoire of original material. Soon, the act was signed to Mort Ross’s new Revolver Records. The line-up changed again when McCann quit John Johnson took over duties, relinquishing his role as guitarist to Mowbray. The band also lost King on drums who was replaced by former Combine member Pat Little. With the final addition of vocalist Breen LeBoeuf and their name was changed to Chimo! (Inuit for ‘hello’) but not before one last member change with Andy Cree replacing Pat Little on drums. In the spring of 1970, Revolver released the band’s remake of the old Bossmen song “Quicksilver Woman”, followed that summer by their original song “Silken Silver Melody”. Neither single did particularly well, but Mort Ross pushed forward and managed to get the band’s self-titled debut released in the US on Epic Records. Cree left after the album’s release to be replaced by the man he had originally replaced , Pat Little. But, cracks were already beginning to show with Johnson and Raby departing at the end of 1971 around the same time as their final single, “Cross Country Man”, was released.
It was only a matter of time before Collacutt also skipped out leaving Mowbray, Little and LeBoeuf to carry on briefly. Little went on to become a respected session drummer and a member of such Canadian acts as the Modern Rock Quartet, Fludd and Diamondback; LeBoeuf would move on to a brief reformation of Motherlode, then Southcote, and finally, Offenbach; Mowbray formed a lounge act with his wife and then finally retired from the industry; Stewart McCann left the music business and is now a Professor of Psychology at an east coast University.
by Stewart McCann and Breen LeBeou 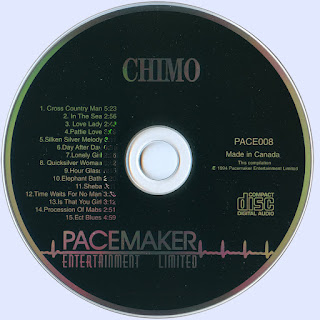