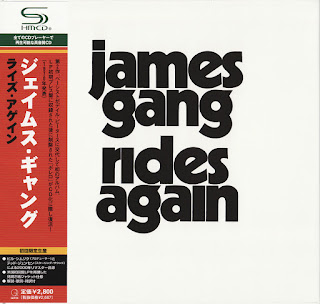 With their second album Rides Again, the James Gang came into their own. Under the direction of guitarist Joe Walsh, the group -- now featuring bassist Dale Peters -- began incorporating keyboards into their hard rock, which helped open up their musical horizons. For much of the first side of Rides Again, the group tear through a bunch of boogie numbers, most notably the heavy groove of "Funk #49."

On the second side, the James Gang departs from their trademark sound, adding keyboard flourishes and elements of country-rock to their hard rock. Walsh's songwriting had improved, giving the band solid support for their stylistic experiments. What ties the two sides of the record together is the strength of the band's musicianship, which burns brightly and powerfully on the hardest rockers, as well as on the sensitive ballads.
by Stephen Thomas Erlewine 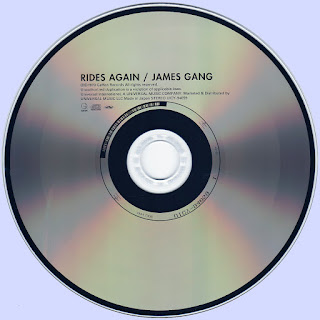 Free Text
the Free Text
Posted by Marios at 3:31 AM 4 comments: