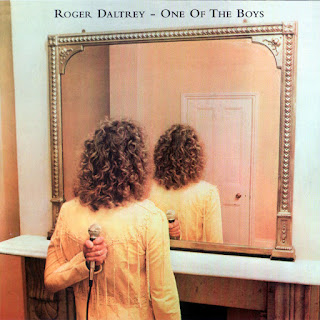 If I wanted to get anything out of this business," Roger Daltrey says, "it was never to have to go back and work in a factory again. And I've got that. But the one thing I've learned is that money never buys you out of being working-class. The middle classes don't ever let you forget where you come from."

Daltrey has no intention of forgetting. Despite the 12 years that have passed since the Who's apocalyptic "My Generation" and the criticism from today's punk rockers that the Who have lost touch with their roots, Daltrey is adamant that – as the title of his latest solo album insists – he's still very much One of the Boys. The album's title track, written for Daltrey by Steve Gibbons, begins: "He speaks with a terrible stammer/Doesn't have much to say," and, sure enough, the song is marked by the Who's classic amphetamine stutter. Daltrey, in fact, describes the song as "a 1977 'My Generation.'"

Daltrey's conflict with the middle class also stems from a more immediate personal experience. When he recently erected an eight-foot penis (a prop from the film Lisztomania in which he starred) on the grounds of his 200-acre farm in Sussex, complaints from outraged neighbors led to a visit from high-ranking police officers who requested that the offending organ be removed. "It could only happen in England," sighs Daltrey. "There were probably banks being robbed and people being murdered, and the police force were concentrating their efforts on my eight-foot penis." Unbowed, the singer simply planted another next to it.

Daltrey has taken advantage of a six-month sabbatical from the Who to work his farm and record his third solo album. While his previous two LPS were commercial successes (the last, Ride a Rock Horse, went Top Ten in Britain and America), Daltrey feels that One of the Boys will be the first to establish a coherent musical direction for his solo career. "It's always been difficult for me to do that up till now," he says. "I've always said that if I wanted to make a rock & roll album I'd do it with the Who, because that's the finest rock & roll vehicle in the world. It would be pointless to do second-best to that. But there are all kinds of music the Who don't touch."

Certainly the album showcases an eclectic and well-balanced collection of songs – ballads, tough rockers and even some country-flavored tunes (although Daltrey insists he is "too British" to consider a full-fledged Nashville album) – by such writers as Andy Pratt, Colin Blunstone and Paul McCartney, whose "Giddy" was written especially for Daltrey. The album's three original compositions, which mark the singer's belated songwriting debut, were done in collaboration with the album's producer, Dave Cortney. Daltrey says he was always inhibited by Peter Townshend's prolific output, "but a solo album seemed a good opportunity to put my own material to the test."

His first attempt as a lyricist includes a song about life in jail, "The Prisoner." It was inspired by the autobiography of John McVicar, who is currently serving a 26-year term in an English prison for armed robbery. Daltrey was so taken with McVicar's account of prison life that he acquired the film rights to the book. "McVicar doesn't make any excuses," he says. "He is a criminal, no question of it. But the book really illustrates how prison isn't the answer to anything. It really made me think what it must be like. I've been in the nick for a maximum of a week out of my life, and every day of that week seemed like a year. To think of a guy who's doing 26 years, and nobody cares . . ." Daltrey leans forward on the leather couch, his voice rising with intensity as he pummels his leg with a clenched fist. "Where I come from, anyone with the least bit extrovert tendencies either became a footballer, a boxer, a rock musician or a thief. If I hadn't found rock & roll I would have ended up like McVicar," he allows a laugh," 'cause I'm not very good at football."
This is part of a story from the June 2nd, 1977 issue of Rolling Stone 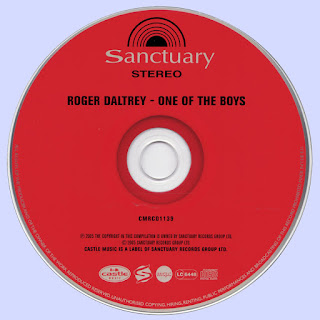