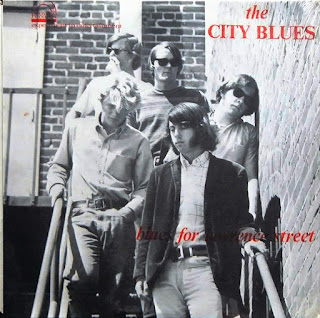 The original City Blues Band was formed in Fullerton, Calif. in 1966. It made an LP, financed by David R. Hall, a local DJ, in 1967 that sold in in record shops in LA and Orange Counties of So. Calif. About five copies even made it to Victoria around this time. Today it is a sought after collectors item, mostly in Europe.

The band then went through several personel changes, mostly guitarists. In it's final So. Calif. inception, Bob Lesher was the only original member left. He moved to Victoria in April, 1969, soon to be followed by Mike Balfe (drummer) and Bill Burdick (bassist).

For it's Victoria version the band featured Tim Zurowski and Phil Rossner, Victoria guitarists and borrowed Paul Iverson, on bass, from Frendlyn Page prior to Burdick arriving in town. As a result, the band's first gigs were opening for Frendlyn Page.

The City Blues dissolved in early 1970 as all the players mixed more into the "Victoria scene" to form Bayside Blues, an eventually, Blues Union.

Phil Rossner was into Elmore James when I was introduced to him by Tim Zurowski. I seem to recall that He was taking over Tim's spot in City Blues and thought him to be perfect for the position as he was so well educated about the blues idiom.

Unfortunately, the band was in such a state of flux we never got a real chance to play much together, and I regret that as he was/is such a fine, ego-free guitarist.
by Bob Lesher 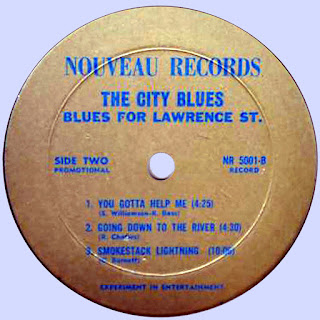 Free Text
the Free Text
Posted by Marios at 6:33 AM 2 comments: