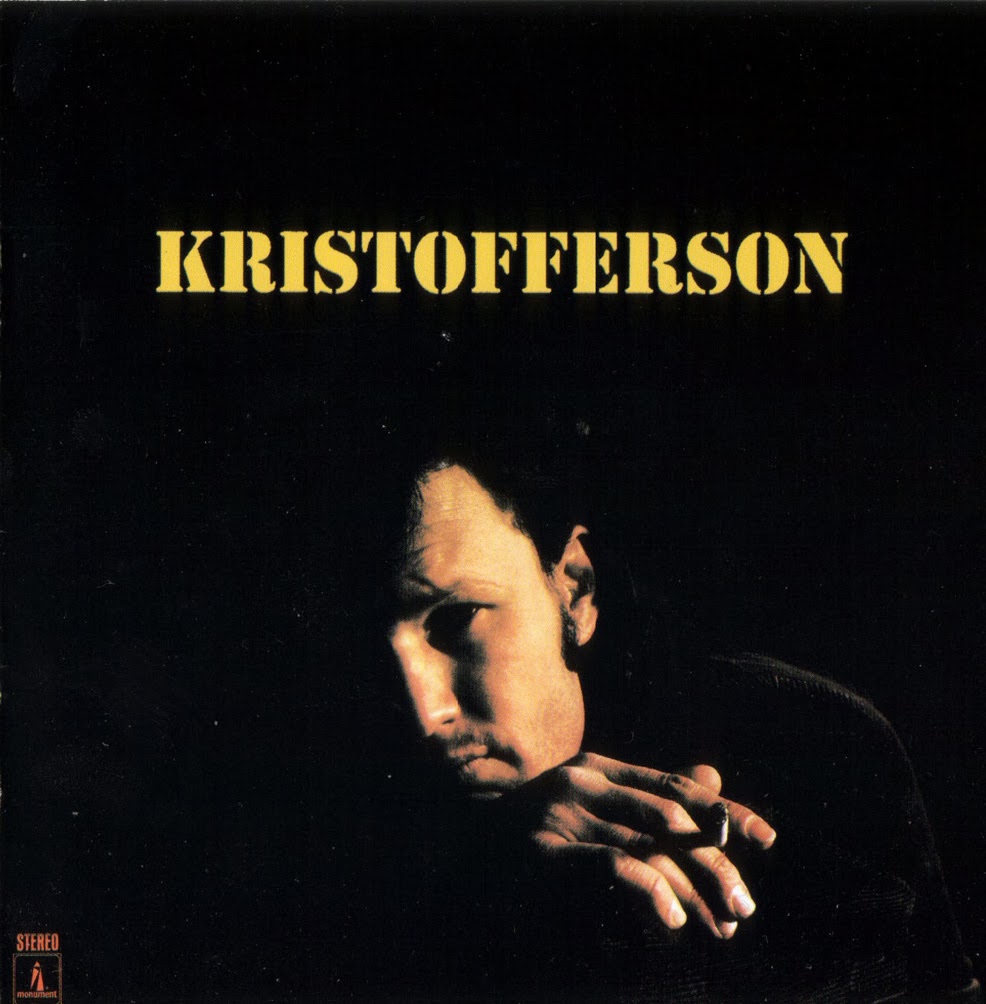 Kris Kristofferson was approaching his mid-thirties and had been kicking around Nashville for several years when he belatedly became an overnight success in 1969-1970. The impetus was "Me and Bobby McGee," which he co-wrote with Fred Foster, who ran Monument Records. Roger Miller cut the song, and his recording peaked in the country Top 20 in August 1969. By that time, Kristofferson had performed at the Newport Folk Festival at the behest of Johnny Cash, and Foster decided to sign him to Monument as a recording artist. Before this debut album was released in 1970, Ray Stevens had scored a pop and country chart entry with Kristofferson's "Sunday Mornin' Comin' Down."

On the evidence of his first collection of songs, Kristofferson was ahead of his country music peers in realizing that, despite Nashville's conservative political tilt, there was a natural affinity between the country archetype of a hard-drinking, romantically independent loner and the rock & roll archetype of a drug-taking, romantically free hippie. (Of course, lots of rock musicians, especially in Los Angeles, had already noticed this similarity, and formed bands like Poco and the Flying Burrito Brothers to exploit it.)

He opened the album with what sounded like an answer to the criticisms of the Rolling Stones in the wake of Altamont. "Blame It on the Stones" contrasted various conservative stereotypes, starting with "Mr. Marvin Middle Class," with the supposedly evil rock group, its chorus a parody of "Bringing in the Sheaves." Needless to say, that was not a typical way to open a country album in 1970 (or any other time), but Kristofferson quickly followed with the somewhat more reverent "To Beat the Devil," which he dedicated in a spoken introduction to Johnny Cash and June Carter, and in which he established a persona he would maintain through much of the album, the character of a poor songwriter struggling against despair.

"Me and Bobby McGee," a classic on-the-road song, was next, with Kristofferson, despite the country grammar, displaying his background as an English teacher in its chorus, "Freedom's just another word for nothin' left to lose/Nothin' ain't worth nothin', but it's free." Then came "The Best of All Possible Worlds," which used a reference to Voltaire to reflect wryly on the viewpoint of a drunken vagrant. (You could see what attracted Roger Miller to Kristofferson in a song like this, which clearly was influenced by Miller's "King of the Road," though Kristofferson's treatment of the subject was grittier.) Of course, the ultimate example of the subject was the album-closing "Sunday Mornin' Comin' Down," which was basically a first-person description of a hangover. The romantic side of the hard-living drifter character was glimpsed in the album's two tenderest statements, "Help Me Make It Through the Night" and "For the Good Times," both of which were pleas by the narrator to sleep with the object of his affection.

A sleeve note suggested that Kristofferson had been reluctant to record, but while he didn't have much range as a singer, he brought a conviction to his vocals and a complete understanding of the nuances of the lyrics. The songs were so personal that they seemed to demand a personal interpretation. Nashville, as it turned out, didn't have much use for countercultural songs like "Blame It on the Stones" and "The Law Is for Protection of the People" (which had some choice words for the police), but the country music community could recognize a good love song with an erotic edge that was on the cusp of the era's changing mores, and Ray Price quickly cut "For the Good Times," which topped the country charts.

Then, Johnny Cash covered "Sunday Mornin' Comin' Down" for a number one country hit, leading to its winning the Country Music Association's Song of the Year award for 1970, and Sammi Smith gave a twist to "Help Me Make It Through the Night" by recording it as a woman's song for yet another country number one. The finishing touch to Kristofferson's sudden renown was Janis Joplin's cover of "Me and Bobby McGee," released shortly after her death, which topped the pop charts.

When it was released in 1970, Kristofferson did not reach the charts. By the following year, however, its creator was on his way to becoming a major star, and after his second album, The Silver Tongued Devil and I, broke into the pop charts in July 1971, Monument re-titled the first album Me and Bobby McGee and reissued it. This time around, it made the pop and country charts and went gold. (On February 6, 2001, Monument/Legacy reissued Kristofferson as part of its American Milestones series. Featuring 24-bit remastering, the CD added four previously unreleased tracks from the same sessions that produced the album, among them an early version of "Come Sundown," later recorded for a Top Ten country hit by Bobby Bare and re-cut by Kristofferson himself for his Shake Hands With the Devil album in 1979.)
by William Ruhlmann 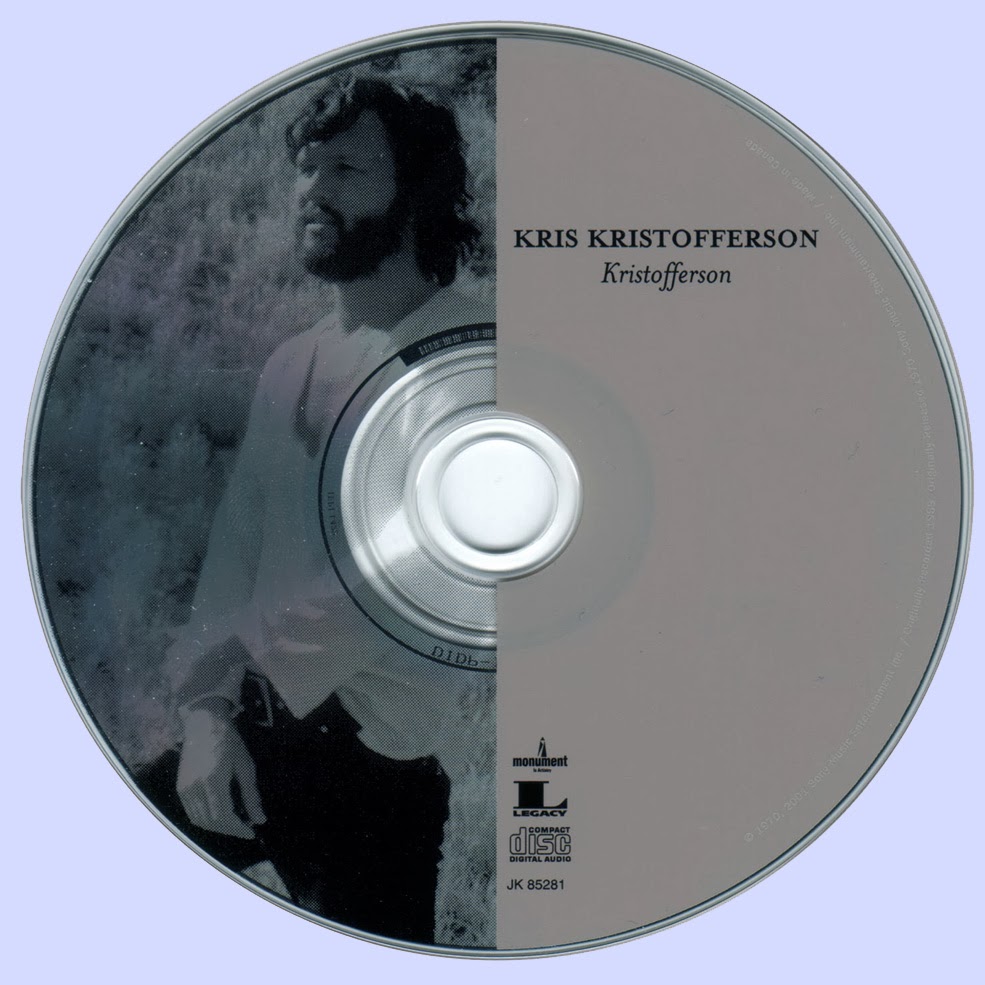