Froggie Beaver - From The Pond (1971-73 us, beautiful melodic prog rock with psych touches) 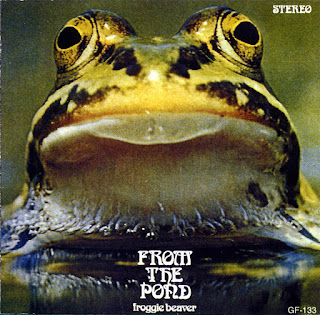 Froggie Beaver were in fact from Nebraska. Guitarist John Fischer, drummer Tom Jackson (replaced by Rick Brown), keyboardist Ed Stasko, and lead vocalist John Troia were in fact cornhuskers who played music on a part time basis.  Originally determined to showcase their own material, their efforts were met with indifference which led them to focus on top-40 tunes.  They were apparently a pretty good cover band since their performance saw a loyal regional following when they played local clubs such as Omaha's Aquarius Lounge and The Club at Westroads Mall.  That in turn gave them an opportunity to incorporate original material in their repertoire and by 1973 they'd made enough money to record this surprisingly impressive album at Omaha's Sound Recorders Studios.

Produced by David Sandler, 1972's "From the Pond" was apparently a self-financed vanity project released on the band's own Froggie Beaver label.  Interestingly various references I've seen categorize the album as progressive.  Technically I guess that's correct since 'Lovely Lady and 'Road To Tomorrow' embed fairly complex musical structures, including some swirling ELP-styled keyboards. That said, be forewarned that if you're looking for hard core progressive moves this probably won't punch your ticket.

With Fischer responsible for the majority of the seven tracks (Stasko and Troia co-wrote 'Lovely Lady'), most of the album sported a highly commercial sheen.  In fact songs such as 'Buy Back My Life' and the pretty ballads 'Come To Believe' and 'Just for You' would have sounded great on top-40 radio.  To be honest the entire album was pretty catchy.  Fischer was quite an accomplished guitarist (check out the atypical slice of Pink Floyd-influenced psych 'Away from Home'), while Troia had a likeable voice that could have made a car dealership jingle entertaining.  Fisher was also a decent singer.

Adding guitarist Steve Beedle to the lineup, the band toured in support of the album; but couldn't generate much interest in the collection (they even camped in front of a local radio station until the station agreed to add the album to their playlist).  By 1974 they were history.

There's also an earlier non-LP 45 which I've never heard, but is suppose to be quite impressive: 'Movin' On' b/w 'Nothing for Me Here' (Million catalog number 34).

The collection has been reissued a couple of times.  The Italian Arkama label released it on vinyl and CD with the single added as bonus material.  Gear Fab released it on CD.
Bad-cat 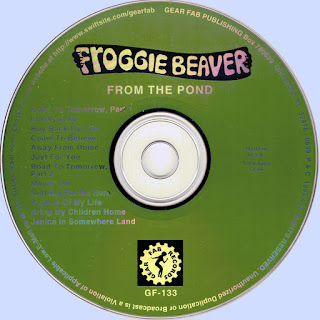 Free Text
the Free Text
Posted by Marios at 7:21 AM 3 comments: