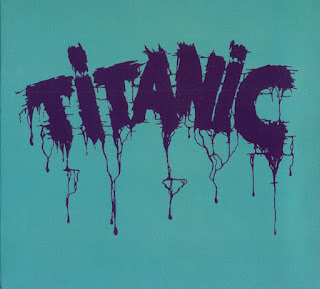 Among so many other great landmarks in the history of rock & roll, the late ‘60s witnessed numerous technological advances when it came to recording and performing equipment, and, thanks in no small part to the emergence of Marshall amplifiers, the decade also gave rise to the era of hard rock and heavy metal. Power trios such as Cream, the Jimi Hendrix Experience, and the deafening Blue Cheer provided the initial thrust, but once the subsequent holy trinity of Led Zeppelin, Deep Purple, and Black Sabbath burst onto the scene, the hard rock virus really spread like a plague across the globe -- even into distant, chilly, staid Norway, from whence came the aptly named Titanic.
Founded in Oslo in 1969, Titanic was initially comprised of guitarist Janne Løseth, organist and bassist Kenny Aas, drummer John Lorck, and percussionist Kjell Asperud. But then, in a trend soon to be followed by a number of German heavy rock combos such as Lucifer's Friend, Blackwater Park, and Epitaph, Titanic hired a British-born singer and lyricist -- one Roy Robinson -- in an effort to raise their international prospects.
The ploy worked well enough for Titanic to be offered a deal by the French office of Columbia Records, which duly released the band's eponymous debut later that same year, and later booked them to perform at the Cannes Film Festival's gala screening of the Woodstock motion picture. The members of Titanic then decided to switch their base of operations to the south of France, and perhaps it was the change of environment that helped broaden the band's musical horizons, leading to the incremental classical, jazz, and Latin music influences.
by Eduardo Rivadavia 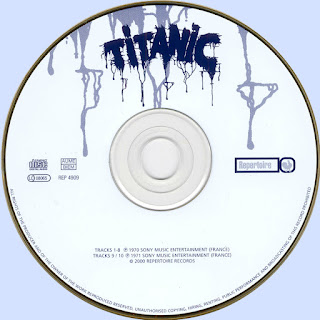