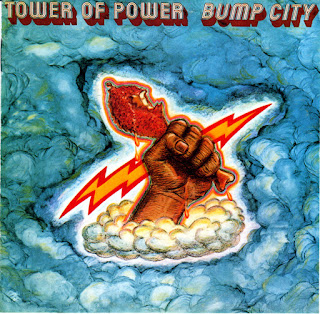 Bump City is the second album by the long living Bay Area based Soul Funk group Tower Of Power, released in 1972. Tower Of Power are best known for their funky Soul sound highlighted by a powerful horn section and precisely syncopated bass-guitar lines.

One of their biggest hits came off the album: "You're Still A Young Man", recorded in Memphis and with Rick Stevens as lead vocalist. The production and arrangements were much improved over the debut album East Bay Grease from 1970, as was the engineering and overall technical quality. Their lines were crisper, the unison and ensemble passages much sharper, and they were beginning to round into shape.

The album was the first to make an impact in the band's early days, and paved the way to their mid Seventies success with subsequent albums like their self titled third album and Back To Oakland from 1974, both of which feature Lenny Williams on lead vocals.
MOV 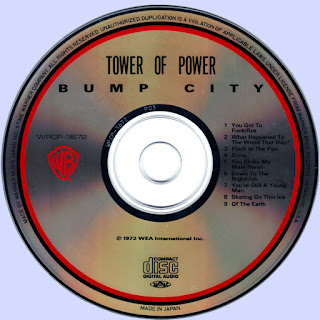 Free Text
the Free Text
Posted by Marios at 6:18 AM 1 comment: