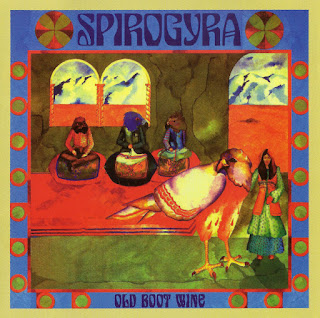 Old Boot Wine, which dates from 1972, was a more accomplished affair which, though boasting a more polished studio production, happily didn't iron out either the group's stylistic eccentricities or Martin's pointed, intellectually and politically aware songwriting. With the reintroduction to the lineup of original pre-Canterbury band member Mark Francis and a scaling-down of Julian's contributions, the sound of Spirogyra's second LP was more rock-oriented, but never in any way merely "ordinary", for it conveyed remarkably well the band's artfully energetic (and drummer-less) stage act (even though a certain Mr Mattacks again featured strongly in the recording sessions).

Roadie Rick Biddulph brought his mandolin-playing skills to the mix too (he was to join the band, replacing Steve on bass, the following year). Favourite moments include the visionary Van Allen's Belt and the dark tale of social alienation Dangerous Dave, but interest is maintained even on the comparatively sprawling mantras of World's Eyes, and much capital is made of the contrast between Martin and Barbara's respective vocal styles.
by David Kidman 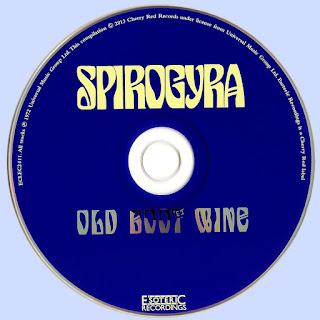