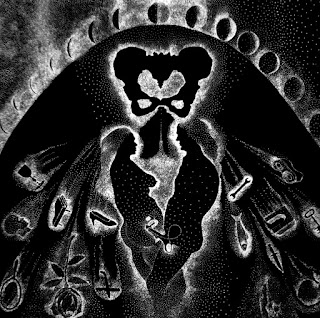 You Used To Think is one of those records that defines the late 1960s cry for freedom. Laced with existential angst, the music is a Joycean journey that meanders musically—in a gloriously atonal manner—through myriad idioms, including jazz, folk, and a wet canvas of classical Indian ragas. The glue that binds it all is the eerily beautiful, raspy, poetic, angular howl of Erica Pomerance. Her music is without guile, and pierces through the nonsense of a world gone completely mad in its obsession with war and indefensible capitalism. It as merely a mirror held up to the falsity of society in the '60s, but also appears prophetic today.

Pomerance's naked voice is accompanied here by a tinkling piano, ululating flutes, a squawking saxophone, and rangy, twanging guitars in counterpoint with the drone of a sitar and skittering tambourines. This creates a psychedelic stew for Pomerance to traipse across with calculated atonality and a shrill, shimmering consciousness. You Used To Think uncovers a dark, expressionistic world with a Caligarian epicenter. Pomerance's metaphors are Zen-like and maniacal, wildly surreal; flower power and the almost academically concrete.

Her lyrics sear the soul. In "Burn Baby Burn," she recalls the French student revolution of 1968: "There are no profits, only victims ... of moral mania ... citizens of the great society ... lying down by the cold riverside is the price of freedom." In "You Used To Think," she is sharp, funny, and completely uninhibited as she wails: "You used to think that images were answers/but you were really seeing what you see/that ghostman in your parlor chair of laughter/He was frozen to the bone, you gave him tea."

This is a gutsy album. It must be, as Pomerance more often than not eschews prettiness in music and lyrics. Her voice is an involuntary wave of sonic energy. She warbles, groans, scats, splutters, and bounces. She is a sculptor of sound—the nearest that a vocalist could come to the John Coltrane who inhabited interstellar space while hovering with spiritual abandon. Pomerance may appear to have abandoned spirituality here, but in actual fact her words and music come closest to just that in an oblique, angular way.

She approaches vocals as Thelonious Monk did his quirky melodic lines, and in the end is able to achieve rapturous abandon even when the songs appear to vaporize in an air of absolute ecstasy. You Used To Think is an anthem of the '60s.
by Raul d'Gama Rose 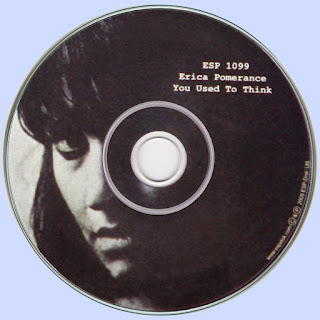