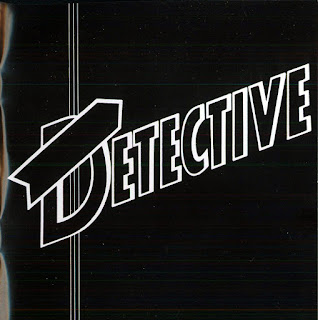 In the late 1970’s, Led Zeppelin;s own record label Swan Song signed a band known as Detective. It was not a group of unknown musicians. At the helm on lead vocals was ex-Silverhead lead singer Michael De Barres. On keyboards ex-Yes keyboardist Tony Kaye. Bobby Pickett played bass and on drums was the John Bonham inspired John Hyde. Michael Monarch played guitar (previously for Steppenwolf). The band only recorded two albums that were both released in 1977. However, the band did make a splash in the rock scene during their short tenure.
Any band that was signed to Led Zeppelin’s Swan Song label was due to get noticed. Having members of Led Zeppelin like Jimmy Page speak positively about the band Detective is not going to hurt. Like many bands that signed major label record deals in the 1970’s, the band Detective found themselves on tour opening for some of the biggest name in rock and roll. The band went on the road opening for Kiss and Blue Oyster Cult.
The band’s first album entitled Detective was released early in 1977. The record sold over seventy five thousand copies. However it never cracked the Billboard Hot 100 Album charts peaking at number 135. The album featured the popular cut “Wild Hot Summer Nights.” The song strayed closer to the soul funk sound of Chic than it did Led Zeppelin. Nonetheless, the cut featured some great lead vocals by Michael Des Barres and a great guitar solo from Michael Monarch. Bobby Pickett’s lead bass playing also played a prominent role in the tune. A really great track that you can check out below.
While the song “Wild Hot Summer Nights,” may have sounded closer to the popular disco funk sound of the 1970’s, the rest of the band’s debut album featured some pretty heavy Led Zeppelin-esqe melodies and Zep style performances. One great example is the standout track Grim Reaper.
by Janey Roberts 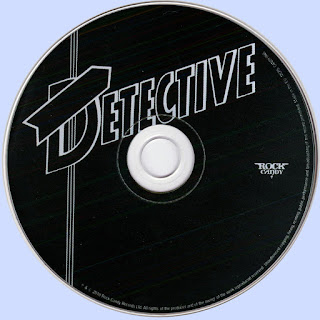